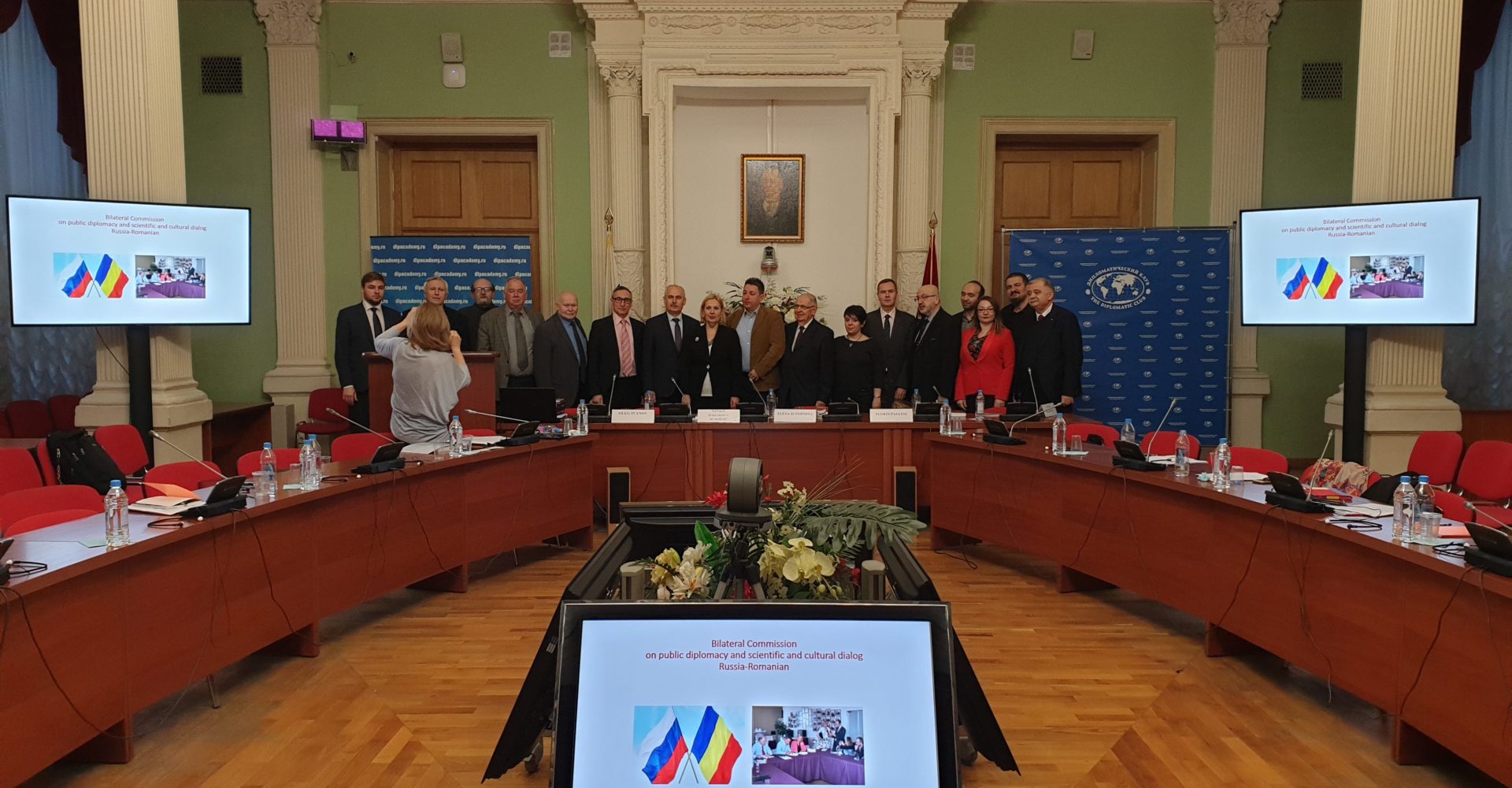 Relations between the West and Russia reached one of the most tense moments since the end of the Cold War. Mutual distrust now dominates the way the United States or the European Union interacts with Russia. Moreover, the withdrawal of the Russian Federation and the US from the Intermediate Nuclear Forces Treaty (INF) places Romania in a position of vulnerability as one of the Kremlin’s main targets in the event of a conflict on the European continent. This point was also highlighted recently in President Vladimir Putin’s State of the Nation address.
In the context that bilateral relations between the Russian Federation and Romania remain trapped in a logic of military deterrence, the basic rules in defence and security policy require confidence-building and crisis de-stressing measures, which are increasingly diverse; and this as threats become increasingly apparent with multiple agency, and uncertainty and uncertainty further complicate foreign, security and defence policy measures. 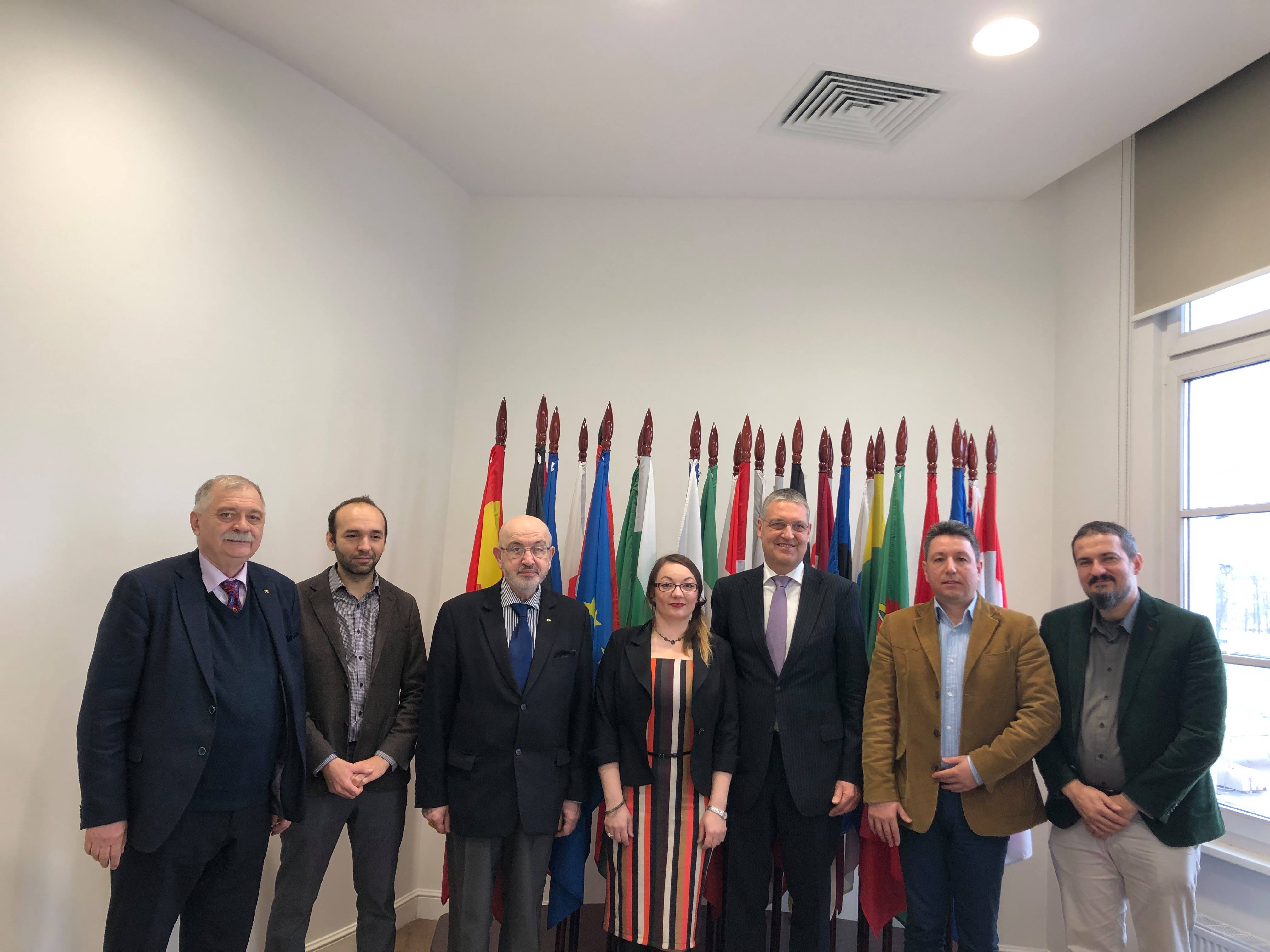 What does the Commission propose?

We often find that out of needs apparently related to the ‘national interest’, both sides resort to propaganda and misinformation ignoring the medium and long-term effects.
Losing sight of the fact that public diplomacy can facilitate the building of medium- to long-term relationships and the development of a context conducive to government policies, in recent years there have been no shortage of targeted actions aimed at awareness, the development of specific competences and structured dialogue between the two countries.
In this context, the efforts of the Bilateral Commission for Public Diplomacy are mainly directed towards de-stressing bilateral relations, thus helping to improve relations between Romania and the European Union and Russia, by strengthening trust on both sides. At the Moscow meeting, Romanian and Russian members of the Commission discussed in an open and responsible atmosphere a number of initiatives that can help create a relaxed atmosphere in relations between Romania (European Union) and the Russian Federation.
The Bilateral Commission’s initiative aims to encourage dialogue at the level of experts and citizens, which can contribute to strengthening normal relations between Russia and Romania.
Thus, between 17 and 20, a delegation composed of experts from the Center for Foreign Policy and Security Studies and the EURISC Foundation traveled to Moscow to attend the first meeting in the format of the Bilateral Commission. The delegation held meetings at the headquarters of the Diplomatic Academy and at the Ministry of Foreign Affairs. In this respect, the 2019/2020 work plan has been established, which includes research projects, events and publications addressing topics such as: Black Sea security, critical infrastructures, strengthening resilience to current global and regional challenges (shocks), artificial intelligence, economic cooperation and regional integration.
The next working meetings of the Bilateral Commission will be held in Vienna, Geneva and Brussels.
The delegation Romanian was received with interest by Ambassador Markus Ederer, with a briefing session taking place within the European Union’s Permanent Delegation to the Russian Federation. In this context, topics of common interest such as the need to develop public diplomacy in complementing the efforts of the European Union and its Member States to normalize relations with the Russian Federation, as well as opportunities to promote the multilateral dimension in international relations between states, were discussed.

How did the Commission set up?
The initiative to establish the Bilateral Commission for Public Diplomacy is an exclusive initiative of the Center for Foreign Policy and Security Studies and the Center for Public Diplomacy, Dialogue of World Cultures and Cults of the Institute of Current and International Affairs of the Diplomatic Academy of the Ministry of Foreign Affairs of the Russian Federation, both signatories of the Bucharest Memorandum of Cooperation on 19 October 2018.
Similar commissions and efforts have been initiated in other EU Member States such as Germany, Italy, France, Austria or Slovakia. The main idea behind all these efforts is that dialogue and de-escalation of relations with Russia are the only viable ways to preserve the stability of the security climate on the European continent.
The bilateral commission has no political component and brings together former ambassadors, university professors, researchers, independent experts and journalists. The priority areas of the Cooperation of the Parties,

In accordance with the aims of the signed Memorandum, are: – conduct of joint scientific research in the fields of world policy, multilateral international relations and bilateral relations;
– support by the Parties in mutual efforts to publish articles in the Russian and Romanian media on the international agenda and humanitarian cooperation;
– the organisation of joint scientific research on current international issues of mutual interest, the organisation of lessons, master-classes and other exposures;
– exchange of experience in the training of future specialists in the field of international relations, young diplomats and researchers;
– the parties holding joint meetings, conferences and other forums involving prominent representatives from both countries, with reference to the discussion of events of a cultural, scientific, political, economic and other nature in the bilateral agenda, with the aim of drawing up proposals for their improvement.

Why do we encourage dialogue?
On the basis of the only Treaty (Treaty on Friendly and Cooperation Relations between Romania and the Russian Federation) governing bilateral relations with the Russian Federation, both Parties undertook to “create the necessary conditions for the extension of direct links between political, trade union, women’s, youth and other organisations and associations” (art.13), “to encourage the extension of contacts between citizens of the two states for […] cultural and scientific studies’ (art.15).

The European Union through the External Action Service stresses that “the EU and Russia recognize themselves as partners on the international stage” and that although the latest events on the European continent have led to the freezing of dialogue, “Russia remains a natural partner for the EU and a strategic player fighting regional and global challenges”.
We believe that through constructive dialogue we can develop a greater resilience of society as a whole, to effectively contribute to the prevention and mitigation of conflicts in a logic in which pragmatism should be governed by principles (as also stipulated in the European Union’s Global Strategy).
NATO itself through the position of Secretary General Jens Stoltenberg insists on the need “to work with Russia and to manage a difficult relationship with Russia […] because dialogue is not a sign of weakness but a sign of courage […] the appeal to dialogue is necessary because Russia is our neighbor, Russia remains here and Russia will not go anywhere.”

It is necessary to design and evaluate bilateral relations in their entirety in view of their impact on the European Union in general but in particular on the North Atlantic Alliance; the lack of crisis prevention and de-stressing mechanisms puts the risks of attracting both international organisations with devastating consequences for the whole continent to a direct conflict.
Looking beyond sanctions is not just a technical exercise to underpin public policy. It is the responsibility of any Member State of the European Union to contribute to facilitating a security architecture that takes account of transformations in international relations at regional and global level.
The restoration of normality in bilateral relations with the Russian Federation is not intended to change Romania’s interest in liberal democracy and the free market, and this remains a constant example of the application of the rule of law, individual freedoms and human rights. However, it is necessary to discuss transparently and openly urgent topics that are of critical importance to our national interest, from security to economic, scientific and cultural relations.

In order for Romania to be assessed and seriously co-opted into international relations as an “anchor of stability” and as a “promoter of liberal democracy”, we stress the need for Romania to increase its regional role. However, this is not possible with a foreign policy at rest and a security policy dominated by the logic of deterrence.