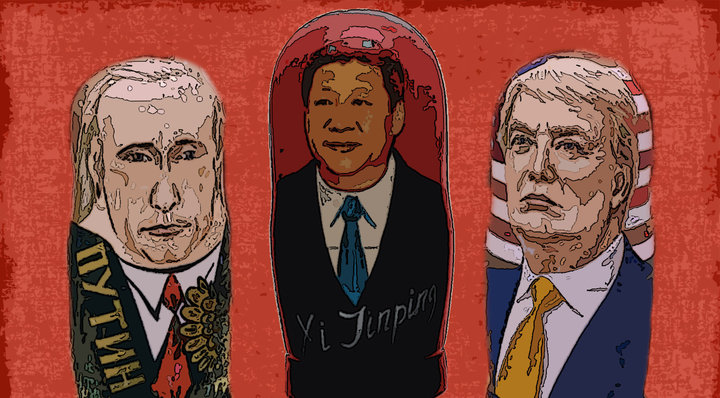 Relations between the West and Russia have reached the tensest moment since the end of the Cold War. Mutual distrust now dominates the way in which the United States and the European Union interact with Russia. Moreover, the recent withdrawal of the Russian Federation and the US from the INF treaty places Romania in a position of deep vulnerability, as one of the prime targets for the Kremlin in the event of a European conflict.
As bilateral relations between Russia and Romania are entrenched in a logic of mutual military deterrence, the basic rules of diplomatic and military engagement require improved measures for enhancing mutual trust. This is very important as threats have become more complex and diverse, and uncertainty compounds the environment of international politics.

The aims of the Commission
We are often confronted with fact that both Romania and Russia chose to focus on propaganda and disinformation strategies in an apparent attempt to pursue their national interests. This in turn can have very damaging effects in the medium to long term.
During the last years we have observed a lack of clear initiatives meant to build mutual knowledge and expertise between the two countries. This goes against the very foundation of public diplomacy, which is meant to facilitate the development of friendly relations that can spill over into more concrete political cooperation.
In this context, the efforts of the Commission for public diplomacy are aimed at alleviating tensions, and contributing to enhancing bilateral exchanges between Russia and Romania by building mutual trust and confidence. During their recent meeting in Moscow, the Russian and Romanian members of the Commission debated in an open and responsible atmosphere various practical initiatives which can lead to diminishing tensions between Russia and Romania.
The project of the bilateral Commission strives to foster dialog among experts and citizens, which has the potential to contribute to normalising relations between Russia and Romania.
Between 17-20 February a delegation composed of experts from the Centre for Foreign Policy and Security Studies together with the EURISC Foundation took part in the first meeting in of the bilateral commission in Moscow. The delegation met with Russian experts at the Ministry of Foreign Affairs and the Diplomatic Academy of the Russian Federation. Together with the Russian members of the Commission they discussed the agenda for 2019/2020 which will include joint research projects and public events that focus on themes such as: the security architecture in the Black Sea area, critical infrastructure, enhancing resilience to global and regional crises, artificial intelligence, economic cooperation and regional integration.
The next working meetings of the bilateral Commission are set to take place in Vienna, Geneva and Brussels. The Romanian delegation was also hosted by the EU ambassador to Russia Markus Ederer for a briefing session in the permanent delegation of the EU to the Russian Federation. The discussions focused on common EU themes such as the need to enhance public diplomacy efforts in order to complement the actions of the EU and its member states in the task to normalise relations with Russia, together with the various opportunities offered by the EU for multilateral cooperation in the realm of public diplomacy and foreign policy.

The logic behind the Commission

The initiative to create the bilateral Commission for public diplomacy is the result of a joint effort from the Centre for Foreign Policy and Security Studies together with the Centre for Public Diplomacy and the Dialogue of World Cultures from the Institute of Current and International Issues (part of the Diplomatic Academy of the Ministry of Foreign Affairs of the Russian federation). Both parties signed the Memorandum of Understanding on 19 October 2018 in Bucharest.
Similar commissions and efforts have been created by other EU member states such as Germany, Italy, France, Austria or Slovakia. The key idea behind these endeavors is that dialogue and relieving tensions in relations with Russia are the only viable ways in which the EU can maintain the stability of the security architecture on the European continent.
The bilateral Commission does not include politicians and is formed of former ambassadors, senior academics, researchers, independent experts and journalists. The Memorandum sets out the following themes as key priorities for the work of the bilateral Commission:
• Developing joint research projects in the field of world politics, international relations, and bilateral relations;
• Sustained efforts on both sides for the publication of articles in the Romanian and Russian media on themes related to the international agenda and humanitarian cooperation;
• Organising joint events, as well as new teaching programs;
• Facilitating exchanges at the level of diplomats, researchers, experts and young people;
• Organising common meetings, workshops and conferences with the participation of prominent representatives from both countries, in order to debate key issues relating to culture, science, politics, economy and the bilateral relationship between Russia and Romania.

The need to foster dialogue
The only treaty (i.e. the Treaty concerning friendly relations and cooperation between Romania and the Russian Federation) which focuses on the bilateral relations with the Russian Federations states that both parties are committed to ‘create the necessary conditions for the extension of direct links between organizations and associations which focus on politics, labor, young people, women etc. (art. 13)’ and to ‘encourage dialogue and contacts between citizens in both countries in the fields of science and culture’ (art. 15).
The European External Action Service highlights the fact that the EU and Russia recognize each other as partners on the world stage and that in spite of recent developments that have led to freeze of EU-Russia relations, Moscow remains a natural partner for the EU and a key actor that fights against global and regional challenges.
We argue that through constructive dialogue we can enhance the resilience of societies, as well as contributing to the prevention and alleviation of conflicts. This is underpinned by pragmatism, similarly to the guiding principles of the EU in its relations with Russia.
Furthermore, NATO general secretary Jens Stoltenberg stresses the necessity to work with Russia and to manage the difficult relationship with Moscow, as dialogue is not a sign of weakness, and is necessary as Russia is and will be NATO’s neighbor.
Our efforts are guided by the need to project and evaluate bilateral relations taking into consideration their impact on the EU and NATO. The absence of prevention and management measures in the case of crises increases the risk of conflict escalation with tragic consequences for the entire European continent.
Reestablishing normal relations with Russia does not entail relinquishing Romania’s commitment to democracy, the rule of law and free market economy. However, there is a pressing need to debate in a transparent and open manner issues that are of critical importance for Romania’s national interest ranging from security to economy, as well as scientific and cultural cooperation.
Our end goal is to enhance Romania’s ability to be taken seriously in international relations as an anchor of stability in the region and a promoter of liberal democracy. We stress the need for Romania to enhance its regional presence. Nevertheless, this is not possible if Romania maintains a deeply inactive foreign policy dominated by the need to contain and deter.