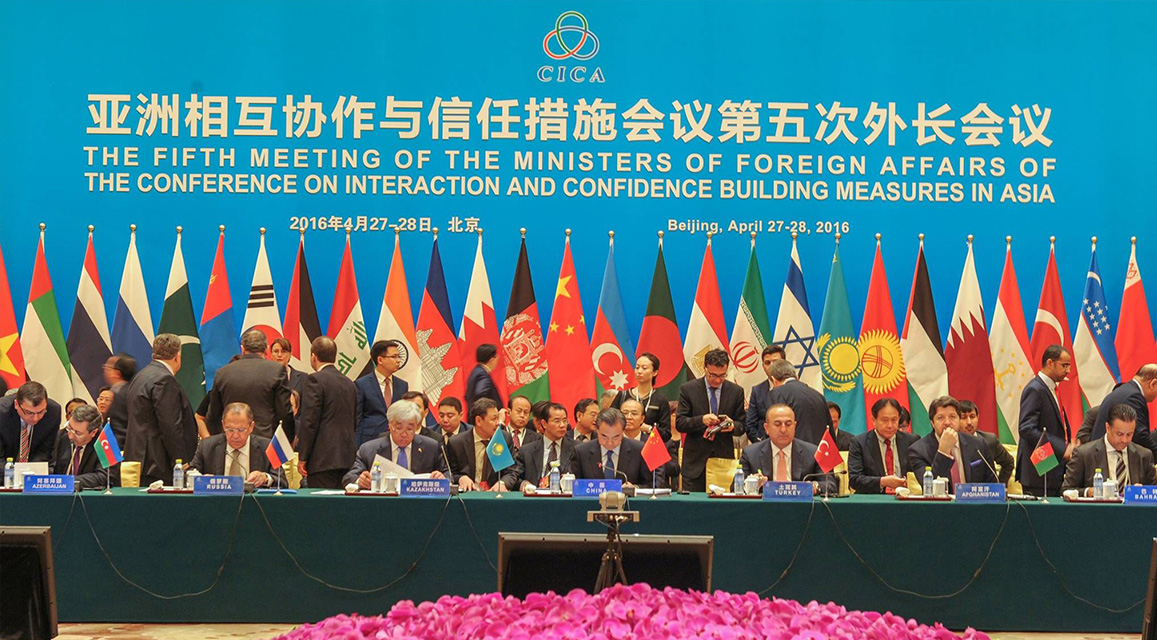 A principal challenge to Asian security today is that the various approaches to the security order seem to be working at cross-purposes. Take the United States and China. Washington insists that its rebalancing strategy enhances regional stability. Sure enough, it is possible to see the military dimension of rebalancing as crucial to maintaining the military balance of power in the region. But the economic aspect of rebalancing — the Trans-Pacific Partnership (TTP) — excludes China and challenges United States–China economic interdependence.

Similarly, China professes a deep interest in enhancing regional economic interdependence. But its own initiatives, the Asian Infrastructure Investment Bank (AIIB) and One Belt One Road, challenge long-standing modalities of regional economic cooperation.

These developments call for a major rethink of existing approaches to security in Asia. The new approach to Asian security might be called security pluralism.

Security pluralism holds that security requires multiple conditions and approaches, rather than any single one, and maintaining a positive relationship among them. The major conditions of security pluralism are economic interdependence, stability in the balance of power, multilateral institutions, and ideological tolerance and accommodation.

Security pluralism is broader than the familiar Asian notion of ‘comprehensive security’, which refers to different dimensions of security without clarifying how they relate to each other. And unlike ‘cooperative security’ — which focuses on multilateral institutions — security pluralism recognises the importance of balance of power.

Yet security pluralism is not a purely balance of power system 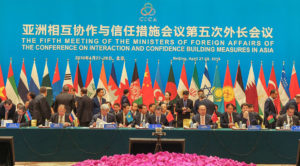 as it relies on other mechanisms. Nor is it a ‘security community’, which is marked by a collective identity that renders war unthinkable. Security pluralism is less idealistic. National identities and competition remain, but they are controlled by the interplay of interdependence, institutions, value pluralism, military equilibrium and a shared imperative for avoiding system collapse.

Security pluralism aims for a relationship of mutual accommodation among unequal and culturally diverse states that preserves the relative autonomy of each and prevents the hegemony of any or a few. In other words, security pluralism respects political and cultural diversity, but fosters accommodation among the great powers and their restraint towards the weaker actors, such as ASEAN members.

The architecture of security pluralism can be likened to an ecosystem. The components support each other and the loss or weakening of one would damage the others and endanger overall stability. For instance, economic interdependence acts as a check on security competition, contributes to state consolidation and regime legitimation, as well as encourages strategic and ideological accommodation. Interdependence also necessitates and supports regional institutions, which not only help to manage frictions, but also dampen great power rivalry.

Contrary to a popular understanding, ecosystems are not self-sustaining. Their stability requires careful and cooperative management. The following suggestions, though not exhaustive, deserve consideration as a source of policy ideas, from which specific recommendations can be derived.

First, it is essential to maintain the openness and inclusiveness of regional economic arrangements. More specifically, this means ensuring that the AIIB and TPP do not undermine economic interdependence and engender conflict. A forum of economics and security officials under the auspices of the East Asia Summit (EAS) and the Asia–Pacific Economic Cooperation — which would include the United States — could be useful for this purpose.

Second, governments should avoid policies that prioritise offence over defence. This demands fresh attention in light of the growing Chinese military presence in the maritime sphere as well as the United States rebalance to Asia. Another important part of this is to develop mechanisms to avoid incidents and accidents in areas of competing territorial claims and establish channels of communication between parties.

A multifaceted restructuring of regional institutions is also necessary. This includes creating more manageable priorities, avoiding duplicating tasks and developing Track II dialogues based on empathy rather than national advocacy. It should also address mission creep in regional institutions and coordinating their activities closer with relevant global bodies, civil society groups and the private sector to address transnational challenges.

ASEAN centrality should not preclude giving non-ASEAN members more voice — and hence stake — in setting the agenda of ASEAN Regional Forum and the EAS and increasing their contribution to regional equilibrium.

And finally, there is a need to explore the common ground and promote mutual learning of the norms and practices of pluralism, restraint and cooperation in Asian and Western civilisations. This includes ideas such as democratic peace, liberal internationalism, strategic restraint, universalism and the ‘new model of major power relations’.

Amitav Acharyais the UNESCO chair in Transnational Challenges and Governance and professor of international relations at the School of International Service, American University, Washington DC.