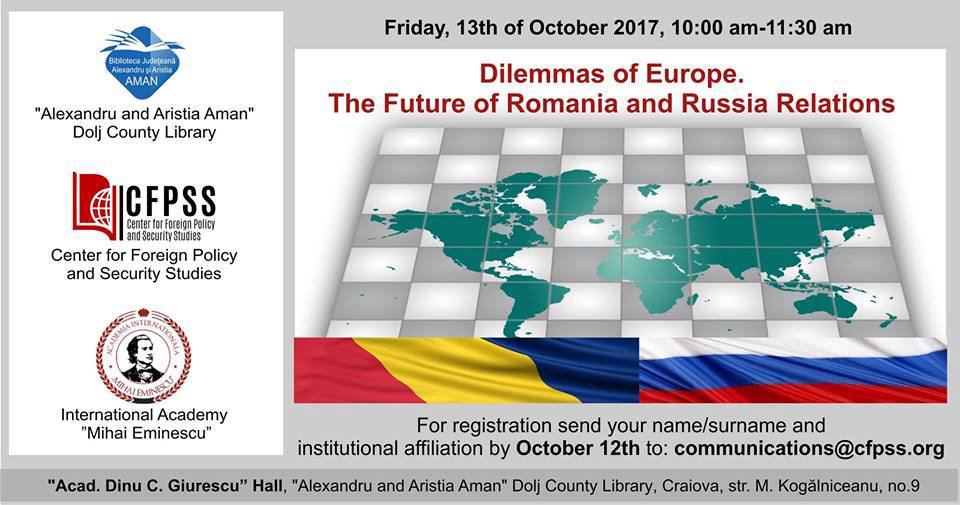 On October 12/13, 2017, The Centre for Foreign Policy and Security Studies together with the ‘Nicolae Titulescu’ Foundation and ‘Mihai Eminescu’ Foundation organised two lectures from Professor Alexey Gromyko, general director of Institute of Europe of the Russian Academy of Science of the Russian Federation.
Former prime minister Adrian Nastase opened the talk by encouraging the dialogue and discussions on the future of Europe and the future of the bilateral relations in between Romania and the Russia Federation in the framework of a policy of good neighborhood.

In Craiova, Florin Pasatoiu opened the talks referring both to the state of art of international relations:
“The Atlanticism is on decline as an entire range of episodes- WWII, Cold War, Marshal Plan- are not there any longer to cement both the EU and US linkages. The Ukraine conflict started as a promising new to anchor Trans-Atlantic political project, yet, the spur of uncontrolled and less inspired US intervention in the Middle East, the migration crisis in the EU, the resurge of populism in Europe, the new Administration at the White House have weakened any potentiality for the Trans-Atlantic reset while the EU project itself lost momentum.
And on top of that, the Ukraine crisis did not spill over and did not escalate into a larger conflict. Too bad as that means no real enemy we need to fight and then nothing left but back to warmongering.

Whereas global multilateralism faces though blows from very back home- the United States- the main driving forces in the European Union- France and Germany- seem decisively to move forward with the integration project, which blatantly contrasts with the entire paradigm behind the EU Global Strategy for Foreign and Security Policy.
As Russia has intensified actions abroad to soften its hard-core stance in the new European security architecture, with plenty of the EU Member States that have been already cajoled into, Romania stands firmly as the “island of Atlanticism” and less as the front-runner for the EU project in its Eastern and Southern neighborhoods.

Nevertheless, Romania’s geographical position, expertise on the EU’s neighborhoods, as well as traditional diplomatic relations might suggest that it has the potential to play a much more important role.

“Dilemmas of Europe. The Future of Romania and Russia Relations ”

Doctor of Science (Politics), Chairman of the Council of Professors of the Russian Academy of Sciences (RAS), expert in British studies, European studies and international relations. Director of the Institute of Europe RAS, founder and head of Center for British Studies (2000-2014). Expert of European programmes at the Russkiy Mir Foundation and Chairman of the expert committee of the Institute of linguistic, civilization and migration processes of the Russkiy Mir Foundation. President of the Russian Association of European Studies (AES). Member of Bureau of RAS Department of Global Problems and International Relations. Member of the Russian International Affairs Council (RIAC). Member of Presidium of the Free Economic Society of Russia. Chairman of the Academic Council of the Institute of Europe, Editor-in-Chief of “Contemporary Europe” journal, member of editorial boards: “Observer”, “Messenger of Saint Petersburg University” (“International Relations” series), member of editorial councils: “Messenger of Diplomatic Academy of Russian Foreign Affairs Ministry. Russia and the World”, “Geopolitical Journal”. Member of Dissertation Council of the Diplomatic Academy of Russian Foreign Affairs Ministry. Award-winner of the Russian Science Support Foundation for 2004 and 2006. Chairman of Board of the Russian movement “For Democratic International Order and Support of the United Nations”. Member of Board of the New Economic Association. Author of individual monographs “Political Reformism in Great Britain” (2001), “Modernization of the UK Party System” (2007), “Images of Russia and Great Britain: Reality and Prejudices” (2008). Editor and author of collective monographs “Great Britain. The Era of Reforms” (2007); “Lessons of WWII for Europe in the XXI Century” (2011), “Building Good Neighbourly Relations. Russia in Europe” (2013), “Dilemmas of Britain. The Search for Ways of Development” (2014), “Greater Europe. Ideas, Reality, Prospects” (2014). Author and compiler of monographs “Better Ten Years of Negotiations than One Day of War. Reminiscences about Andrei Andreyevich Gromyko” (2009) and “Reminiscences about Nikolay Shmelev”. Member of Council bureau of the Russian Foundation for Humanities. Member of Academic Council of the Security Council of Russia and Academic Council of the Russian Foreign Ministry. Member of Commission of the Presidential Council on the Russian language. Honorary member of Academic Forum of Chernorizets Hrabar Varna Free University and Honorary Doctor of Paisii Hilendarski University of Plovdiv, Bulgaria.

Partners
Center for Foreign Policy and Security Studies CFPSS is an academic think –tank gathering experts from a selection of various organizations around the globe. It aims to provide a resource for academia, business, government and civil society communities in order to enable a better understanding of the least explored regions globally and zoom in on foreign and security policy options facing the emerging great powers and other countries as per interest.

‘Nicolae Titulescu’ Foundation Created in March 1991 by Mr. Adrian Nastase, former Prime Minister of Romania, Titulescu European Foundation’s mission is to honour the personality and work of Nicolae Titulescu, a famous Romanian political figure, diplomat and lawyer, an authentic symbol of the European spirit. Among the founding members of our Foundation there are prominent international personalities such as Thierry de Montbrial (President of the French Institute for Foregin Affairs), Jean Paul Carteron (Founder of Crans Montana Forum), Jean d’Ormesson (member of the French Academy), Kyra Hermers Bodart (former Secretary of the Paris International Diplomatic Academy), Dan Berindei and Răzvan Theodorescu (members of the Romanian Academy) etc. The President of the Romanian Academy and the Ministry of the Foreign Office are de jure members of the Foundation’s Board. Titulescu European Foundation extended its mission in time and became a genuine laboratory of ideas which nourishes the contemporary foreign affairs research, studies, and strategies and develops partnerships dedicated to strengthening the diplomatic relations of Romania around the world. 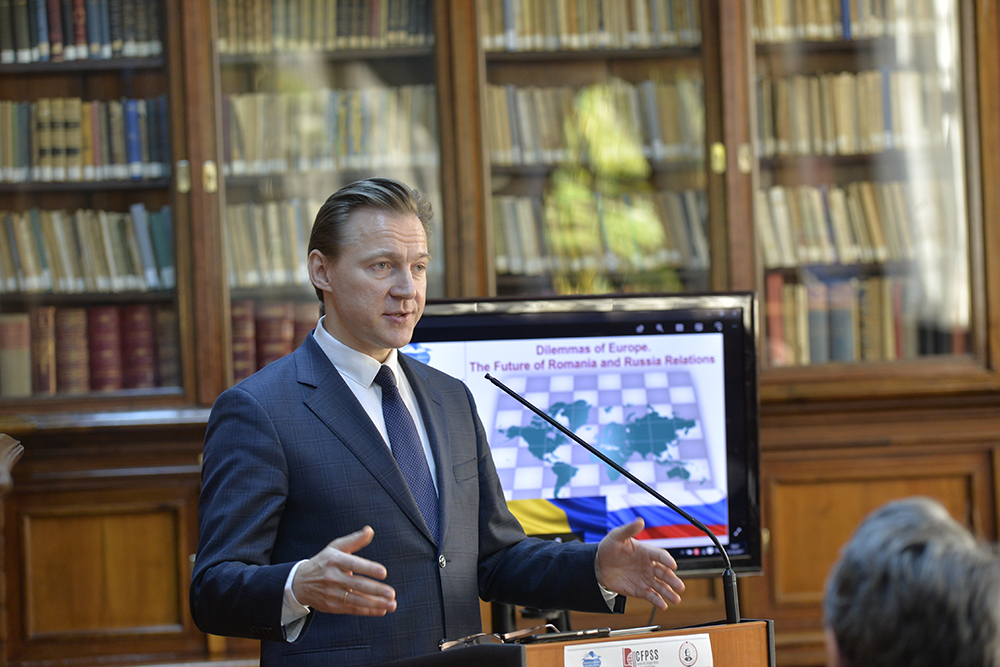 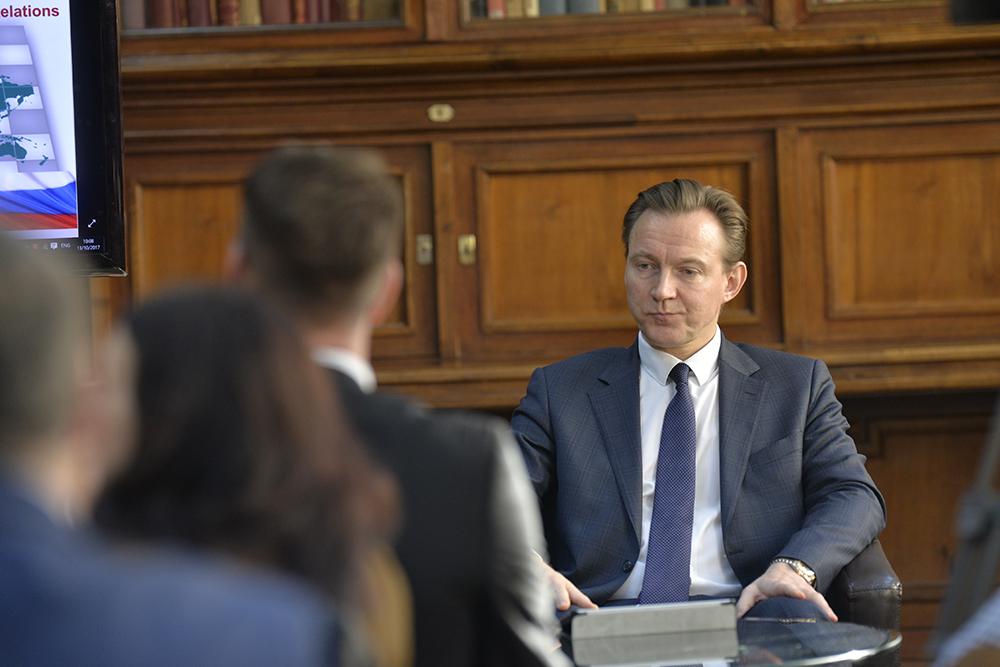 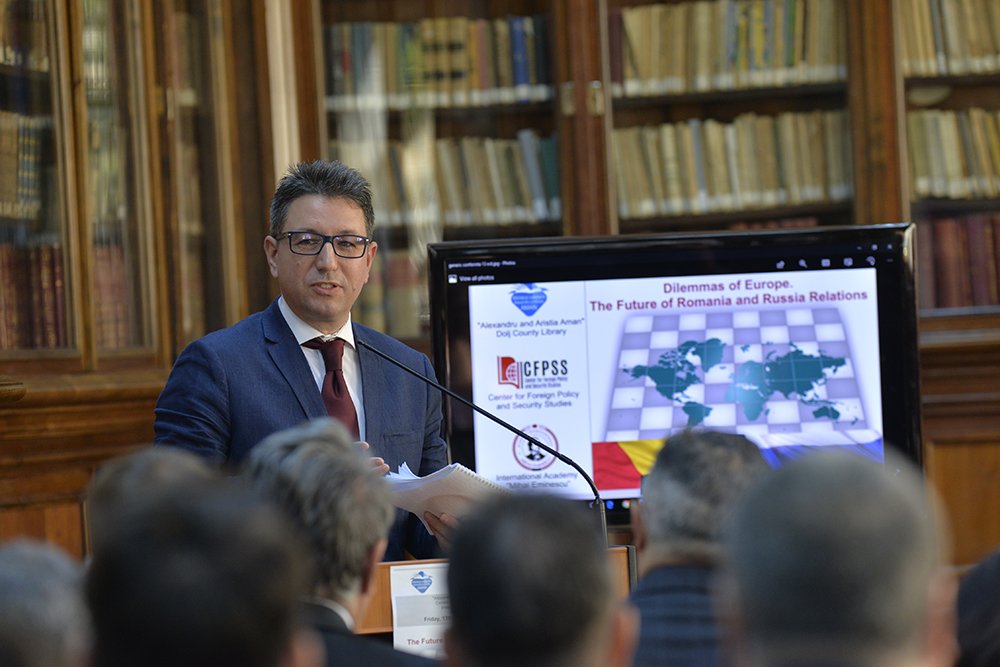 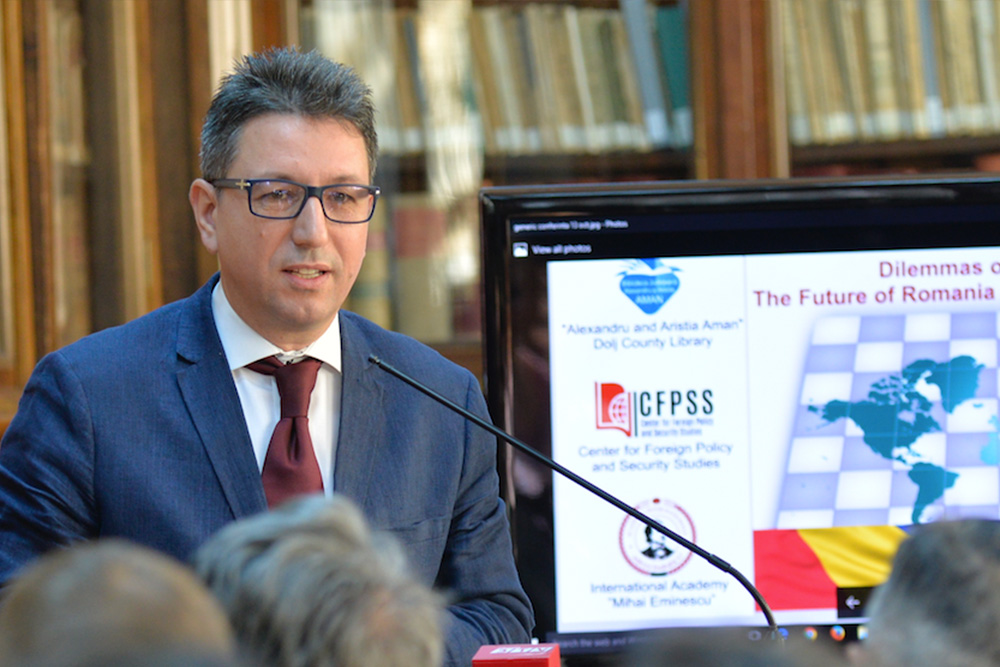