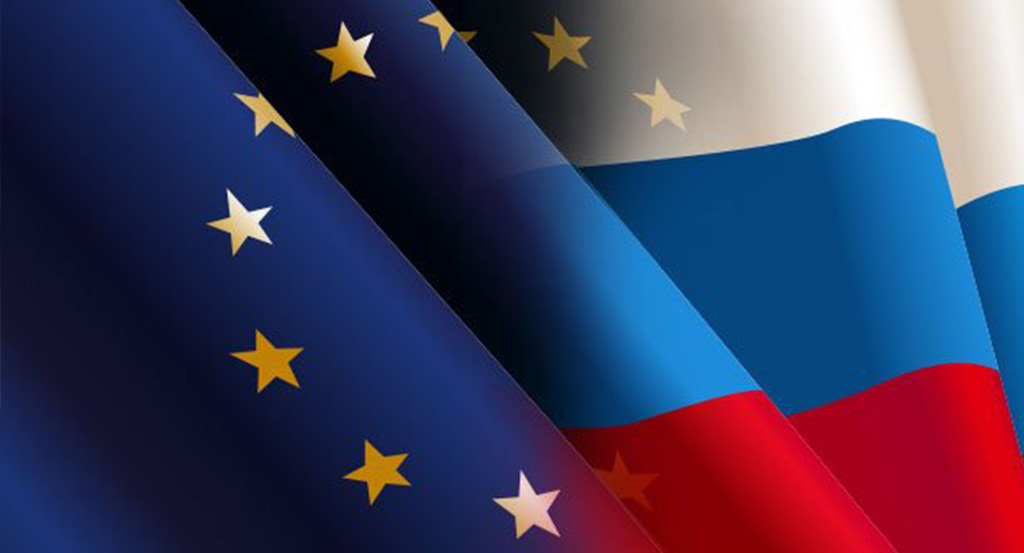 The recent events in the shared neighbourhood have drastically estranged Russia from European structures and has marked the end of the post-Cold War European order. Since 2014, perceptions of Russia have drastically shifted from a “strategic partner” to a “key strategic challenge” (EU Global Strategy, 2016) bringing back chills from the Cold War era. The approach and discourse changed from transformation through cooperation to isolation/containment through sanctions and “selective engagement”. This paradigm shift has various long-term implications, not only for the two actors involved, but also for the welfare and security of the extended Europe. However, despite the recent change in discourse, EU’s main objective towards Russia remains that of transforming it in our own image but is that the right path?

The recent tensions between Russia and the West have been thoroughly discussed and analysed by experts, analysts and academia alike, with a majority of voices blaming the Russian leader for the deadlock; such unilateral approaches fail to focus on the deeper structural causes and issues of the current EU-Russia crisis, as the EU, on its own, presents several inconsistencies in its approach towards Russia that weigh heavily on the effectiveness of its soft power instruments:

First, the EU’s actions and attitudes towards Russia are mainly based on a personalist approach, revolving around Russia’s leader. As Krastev (2015) states, paradoxically, George Kennan mentioned Stalin only three times in America’s containment policy, whereas Putin’s name shows up constantly in a variety of documents and public discourse when considering Russia’s behaviour. The Western approach regarding the understanding of the Russian mind-set seems to be fixating on understanding the Russian leader. Thus, the assumption “to understand Putin is to understand Russia” is limited at best, a major simplification of the stakes. EU should re-orient from Kremlin to society.

Second, the EU’s agenda and actions in the Eastern Neighbourhood is generally based on its normative objectives of exporting its model, without considering these countries’ ability and willingness to transform. Specifically towards Russia, EU’s ability to influence Kremlin or generate transformational processes at society’s level was limited at best. For example, the latest actions against Russia – imposed economic sanctions – have failed to counteract its behaviour or agenda. The EU’s failure to both anticipate and respond effectively to the Russian government’s domestic and foreign policy, have some deep structural causes that go beyond the “blame game” between the West and Russia.

Third, the EU focuses on the diffusion of its liberal norms and values ​​in order to broaden the spectrum of security beyond the borders, through a missionary approach. Such a perspective prevents it from perceiving some realities specific to the post-Soviet space, and to grasp the possibility of being perceived from the outside as a threat. The roots of EU’s missionary approach date back to centuries ago. As Krastev and Leonard rightly point out, “For the past 300 years, Europe was at the centre of global affairs. In 1914, European order was world order, shaped by the interests, ambitions, and rivalries of the European empires”. Although after the world wars, the US became the centre of global affairs (together with the USSR), at present, EU’s missionary vision hasn’t diminished, it has further been alimented by the successful transformation of the newest European member-states, following EU’s Eastern enlargement. The utter gratitude and openness of these Eastern members towards the European project has further encouraged the EU in its endeavour, making it difficult to understand that it might be perceived as a threat. Opposed to these countries that had direct support and involvement of the West in overcoming the harsh transition, Russia found its way out on its own. The trick was that the EU mistook Russia’s weakness during that period for a desire to convert to its model and subsequently for a tacit acceptance of the new European security order, which were not the case. Instead of confronting this reality, the EU gets often stuck in its own model, failing to see Russia for what it is, not for what is should be; fixated on changing Russia, the EU doesn’t focus on answering the obvious and most important questions, necessary to build a proper strategy: Do Russian want to be changed? What kind of change do they yearn for?

What do Russians think about change?

Shifting our attention from Kremlin to society might bring about valuable input in designing and improving EU’s agenda and actions towards Russia. As such, in EU’s endeavours to change Russia, there were recurrently omitted Russians’ attitudes and perceptions towards reforms and change. Traditionally, the Russians have expressed strong and yet contradictory feelings throughout history with regard to change, at the same time wanting, but also fearing a possible transformation of the country. This is how, for example, the fact that, after such controversial historical moments (the crisis in Ukraine, the war in Syria, the annexation of Crimea, the US elections, etc.) in a context with a concerted international policy against the Russian leader, Vladimir Putin has obtained a crushing majority (over 75%) in the last presidential election, which was quite incomprehensible to Western democracies.

Is fear of change an essential trait of Russian collective mind-set? A recent poll conducted by Levada Centre in Moscow (2018) showed that most Russians are not enthusiastic about profound changes and cannot articulate how the country’s path should be changed. For instance 52% of those interviewed felt that Russia needed minor changes or no change at all, whereas 7% did not have a clear opinion. Moreover, an overwhelming majority of Russians consider that change and transformation should be orchestrated from inside the country, as “no one understands nor cares about Russia’s problems better than the Russians”. Could this sort of anti-revolutionism, (as in deeply-rooted fears of major or sudden changes) truly be an essential feature of the Russian society? There seems to be some strong explanatory power to these collective fears precisely in Russia’s dramatic history of changes over the last century, marked by tragic events, instability and uncertainty: the 1905 Revolution, the Bolshevik Revolution of 1917, the Civil War (1918-1922), the Second Revolution and the Repressive Policies by starvation, execution, Gulag, exile, etc.) of Stalin in the 1930s, perestroika, two coup d’etat, the transition of the 1990s.

Thus, if Russians do fear changes, this specific feature of the Russian mind-set should be taken into account when drawing up the strategic lines of the EU towards Russia. EU’s failure to understand the Russian collective mind has made it incapable of predicting or influencing Kremlin’s agenda. Dimitri Trenin, the director of Carnegie Moscow has warned us about the West’s failure to understand the Russian society which, in turn, has drastically changed its approach following the Ukraine crisis. In his vision, Russia seeks its own path and national project, “a nationalism of enlightened action focused on Russia’s development”, as it is a great power, “not because it is capable of controlling others or making them accept its norms, rules and solutions, but because it has a high level of self-sufficiency and innate resistibility to external effects.”. This self-sufficiency is an important trait of Russian discourse and Europe’s missionarism is alienating it even further; Russia as an isolated “fortress” could turn into a dangerous slope that will most likely not lead to its transformation. In this respect, an effective dialogue and an adequate strategy towards Russia -as an actor aspiring to be a central piece of the regional and international balance of power- can only be based on an in-depth knowledge of its society, its motivations and interests. Moreover, transformation / democratisation in Russia should be perceived as a long-term process, based on a bottom-up approach, and linked to a long-term European strategy, centred on society, common goals and interests. Strengthening public democracy and communication should be at the heart of any issue related to EU’s cooperation with Russia; in such critical moments it is desirable to intensify dialogue, not isolation. Although economic sanctions and Russia’s exclusion from several international structures seem to have immediate results, in the long run it could bring about the exact opposite of EU’s interests in the region.