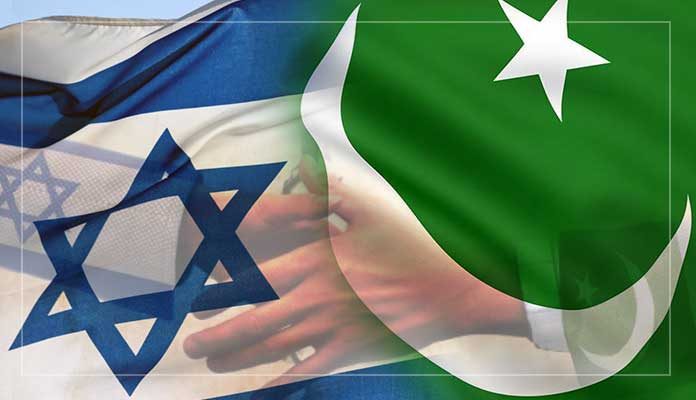 The recurrent debate about Israel in Pakistan reflects the former’s improved international standing. The Muslim giant could become the next success in Israel’s growing acceptance around the world

According to an op-ed in Haaretz this week, Pakistani Prime Minister Imran Khan and his military supporters are allowing a highly-censored media unprecedented freedom to discuss the possibility of establishing diplomatic relations with Israel. Such a public debate is not new. The highest-ranking Pakistani politician who advocated open diplomatic ties with Israel was the military dictator Gen. Pervez Musharraf in 2003. Over the past two decades he has urged his country to initiate such a diplomatic move. Nowadays, it seems the once-taboo subject of reassessing the position on the Jewish state is more than ever part of mainstream discourse.

Behind the scenes, Israel and Pakistan have interacted occasionally. Yet the only public meeting between officials of the two states, the famous handshake between Foreign Minister Silvan Shalom and his Pakistani counterpart Khursheed Kasuri in Turkey on September 1, 2005, did not produce a thaw in the official traditional hostile posture against Israel. This hostility is well rooted in the prevailing Muslim culture in Pakistan. Moreover, the Islamist circles in that country carry considerable political weight and vocally oppose a change in Pakistan’s foreign policy toward Israel.

Nevertheless, the recurrent debates in Pakistan over Israel reflect the latter’s improved international standing. The Pakistanis cannot ignore the shift in attitudes of the Sunni elites in the Arab world toward Israel. When in 1991 the United States convened the Madrid peace conference, all Arab states accepted the invitation and agreed to sit with the Israeli delegation, signaling a greater acceptance of Israel in a U.S.-dominated world. Egypt and Jordan signed peace treaties with Israel. The 1993 Oslo Accords between Israel and the PLO reinforced this trend of political realism.

In addition, the global interest in the Palestinians’ fortunes has receded drastically. The dysfunctional aspects of the Palestinian national movement have become more evident over time and other international disputes have caught the headlines. In the last two decades, the increased Iranian threat has brought the conservative Sunni Arab states even closer to Israel. Based on mutual concerns about Iran, Saudi Arabia, Bahrain, Oman, the United Arab Emirates and Qatar have engaged in quiet cooperation with Israel on security and intelligence sharing. In some cases, Israelis have been allowed to visit these countries (excluding Saudi Arabia).

Furthermore, it seems that Pakistani national interests dictate better relations with Jerusalem. Israel’s new relationship with India was gradually transformed into what Prime Minister Narendra Modi termed “a strategic partnership.” Israeli technology and arms well served the Indian military effort in the 1999 Kargil War against Pakistan. Moreover, the closer Indian-Israeli cooperation after the 2008 Mumbai terrorist attacks enhanced Delhi’s capacity to deal with Pakistan-induced terror. It can be argued that better relations with Israel might balance the intensified Indian-Israeli military ties.

Israel is also correctly seen as carrying some weight in Washington. U.S.-Pakistani relations are occasionally quite tense. In his new book “Call Sign Chaos: Learning to Lead,” former defense secretary and head of U.S. Central Command Jim Mattis writes: “Of all the countries I’ve known, I consider Pakistan to be the most dangerous.” The transfer of nuclear technology, the provision of a haven to Islamist radicals, the siding with China and the prospect of a nuclear arsenal falling into the hands of Islamic terrorists are not endearing this country to America. Israel can be seen as a useful tool in mitigating in Washington some of the consequences of Pakistani misbehavior.

Iran is also a point of convergence. Pakistan fears less Iran, its neighbor to the west, than Israel. Yet it’s hard to imagine that Islamabad is indifferent to the possibility of having also on its western border a nuclear armed-neighbor. In addition, both countries play games with the Baluchi minorities beyond their borders and compete over influence in Afghanistan. Therefore, the Israeli campaign against Iran, which weakens an adversary, is not adverse to Pakistani interests.

Israel, a state in quest of international legitimacy for many years, has always welcomed Pakistani overtures. Pakistan is a large Muslim state, and better relations with Islamabad could be useful in further diluting the religious dimension of Israel’s regional conflict. Israel desires a normalization in relations with all capitals of the world. Furthermore, the Pakistani-Saudi special relations could be leveraged to let both states overcome their inhibitions on relations with the Jewish state.

If the Pakistani leadership is seriously considering a new approach toward Israel, it will find a responsive partner in Jerusalem. Israel has much to offer. Islamabad should know, however, that the relationship with India is extremely important and Israel will remain very sensitive to Indian concerns. India is a more important state than Pakistan.

Furthermore, Israel is unlikely to spend political capital in Washington on issues of secondary importance to its interests. At this stage, Israel has secured international legitimacy, and the expected quid pro quo for having diplomatic relations with a Muslim state, important as it may be, is commensurate with Israel’s new international status.

Convening The EU and the Middle East After Brexit

Efraim Inbar What Happens after the “Deal of the Century” is Tabled? 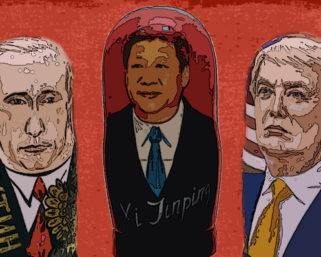 Cristian Nitoiu Avoiding a New Cold War: The efforts of the Romanian-Russian Commission on public diplomacy