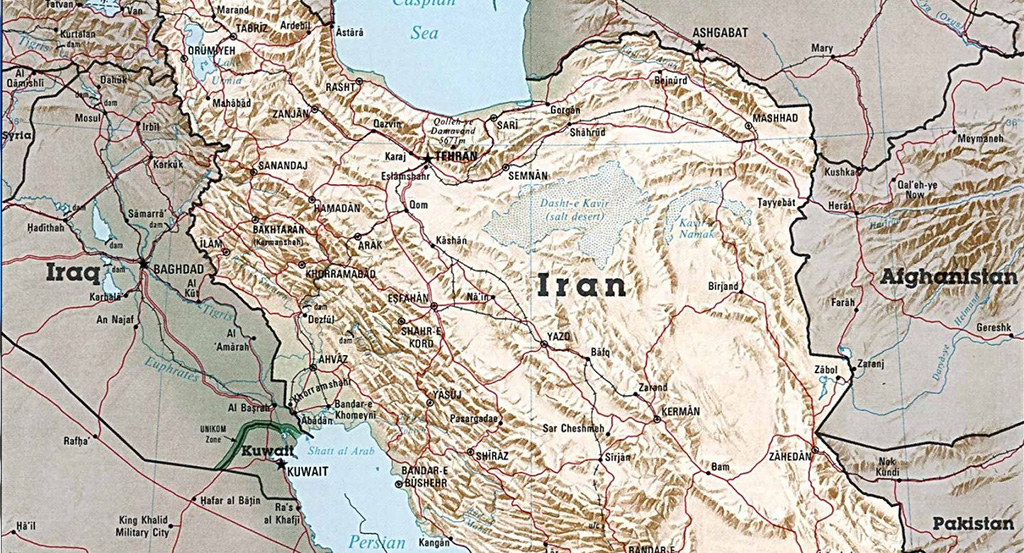 Iran is a formidable enemy.

A large country of more than 80 million people, endowed with energy riches, it has always been a regional power. Having an imperial past and revolutionary zeal (since the 1979 Iranian Revolution), Iran nourishes ambitions to rule over the Middle East and beyond. Furthermore, theologically there is no place in Iranian thinking for a Jewish state. Iran believes that Israel will either wither away following military pressure on its population or be annihilated when it is militarily weak and vulnerable.

As Iran challenges the status quo in the Middle East, a clash between Tehran and Jerusalem is inevitable. International history teaches us that when a rising power challenged the balance of power, in most cases war ensued. Sparta challenged an Athenian-led Greek city system, ending in the Peloponnesian wars. Prussia’s quest for the unification of the German principalities under its helm ended in several European Wars. Similarly, Israel cannot tolerate a Middle East dominated by Iran and its radical ideology.

Unfortunately, much of the Arab world is in the throes of a deep socio-political crisis, particularly since the mistermed “Arab Spring,” creating dissension and a political vacuum, which the sophisticated revolutionary elite in Iran has capitalized upon. These dynamics explain the rise of Hezbollah in Lebanon and the power grab of the Houthi Shi’ite sect in Yemen.

The revolutionary enterprise was also facilitated by the Middle East policies of the Bush, Obama and Trump administrations. American military intervention destroyed Iraq, a strong rival of Iran, further undermining the regional balance of power.

Subsequently, the display of weakness by Obama was replaced by a questionable Trump commitment to the security of the region.

The Sunni Arab states have been terrified by the advances in the Iranian nuclear program and by the successes of it proxies. Yet, they are weak. Saudi Arabia failed to contain Iranian influence in Syria and Iraq. Closer to home, it was not successful to change the pro-Iranian orientation of small Qatar.

Egypt, an important Sunni power, survived the domestic turmoil, but it focuses on literally supplying food to its population, fighting an Islamic insurgency at home, leaving little energy to parry the Iranian challenge.

Turkey, a strong Sunni state, albeit non-Arab, has preferred to act upon its Islamic impulses and its common interest with Iran on the Kurdish issue, forfeiting its potential to balance Iran. The result was an entente between Sunni Saudi Arabia and Gulf states with Israel. In absence of a credible American security umbrella, the Sunnis understand that only Israel can oppose the hegemonic drive of Iran.

Iran reached a similar conclusion – Israel is the main barrier for achieving hegemony. Israel is a religious and strategic anathema.

Initially, Iran has waged war against Israel primarily by proxies. It envisions military actions causing exhaustion to the civilian population. In the 1980s, Iran trained and armed the Hezbollah, a Shi’ite militia in Lebanon, directing its military efforts to oust Israel from South Lebanon. Moreover, Iran has supplied more than 120,000 missiles of various ranges to Hezbollah, which cover most of Israel. The declared goal still is “to liberate Jerusalem from Zionist rule.” In the meantime, Hezbollah has assumed control of Lebanon, turning the country into an Iranian satrapy.

Similarly, after Hamas took over Gaza in 2005, it became the recipient of large military aid from Iran, intended to enhance its capability to bleed Israel. As Sunni Hamas did not support the Iranian line in Syria, Tehran channeled its financial and military aid to the Palestinian Islamic Jihad in Gaza, which is subservient to Iranian wishes. By having a foothold in Gaza, Iran established an additional front against Israel in the south.

THE CURRENT Iranian effort in Syria aims at establishing a third front in the northeast, along Israel’s border on the Golan Heights. Moreover, it wants to acquire a land corridor to the Levant (Lebanon and Syria) via Iraq, where Iran has been successful to establish a military presence and influence, to facilitate the transfer of more advanced weapons to Hezbollah and gain access to the Mediterranean.

We can also detect Iranian efforts to destabilize the Jordanian kingdom, situated along Israel’s eastern border. This is also part of Iran’s attempt to encircle Israel with Iranian proxies. Shi’ite militias and/or the Islamic Revolutionary Guards in Iraq and Syria obviously threaten the Hashemite dynasty. The fall of Jordan would also endanger Saudi Arabia, Iran’s arch-rival in the Gulf.

Neutralizing Israel’s military power, by encircling it with proxies which have at their disposal thousands of missiles directed at Israel’s strategic installations and centers of population, is an Iranian goal in its quest for hegemony in the Middle East.

In the absence of a clear American or Turkish determination to confront Iranian encroachment, only Israel has the power to stop it. Therefore, Israel has no choice but to wage war against Iranian entrenchment in Syria.

It is an illusion that Iran’s nuclear ambitions can be curbed by international agreements. The bomb is the best insurance for regime survival and for achieving hegemony in the region. It is inconceivable that the mullahs will give it up. As the international community, including the US, has no appetite for a military confrontation with Iran, it is left to Israel to prevent its nuclearization. The only way to do it is by brute force, adding a new dimension to the war conducted already against Iran. This is an inevitable imperative for Jerusalem.

Efraim was the founding director of the Begin-Sadat Center for Strategic Studies, a position he held for 23 years (1993-2016), and a professor of political studies at Bar-Ilan University. Currently Efraim is the president of The Jerusalem Institute for Strategic Studies.