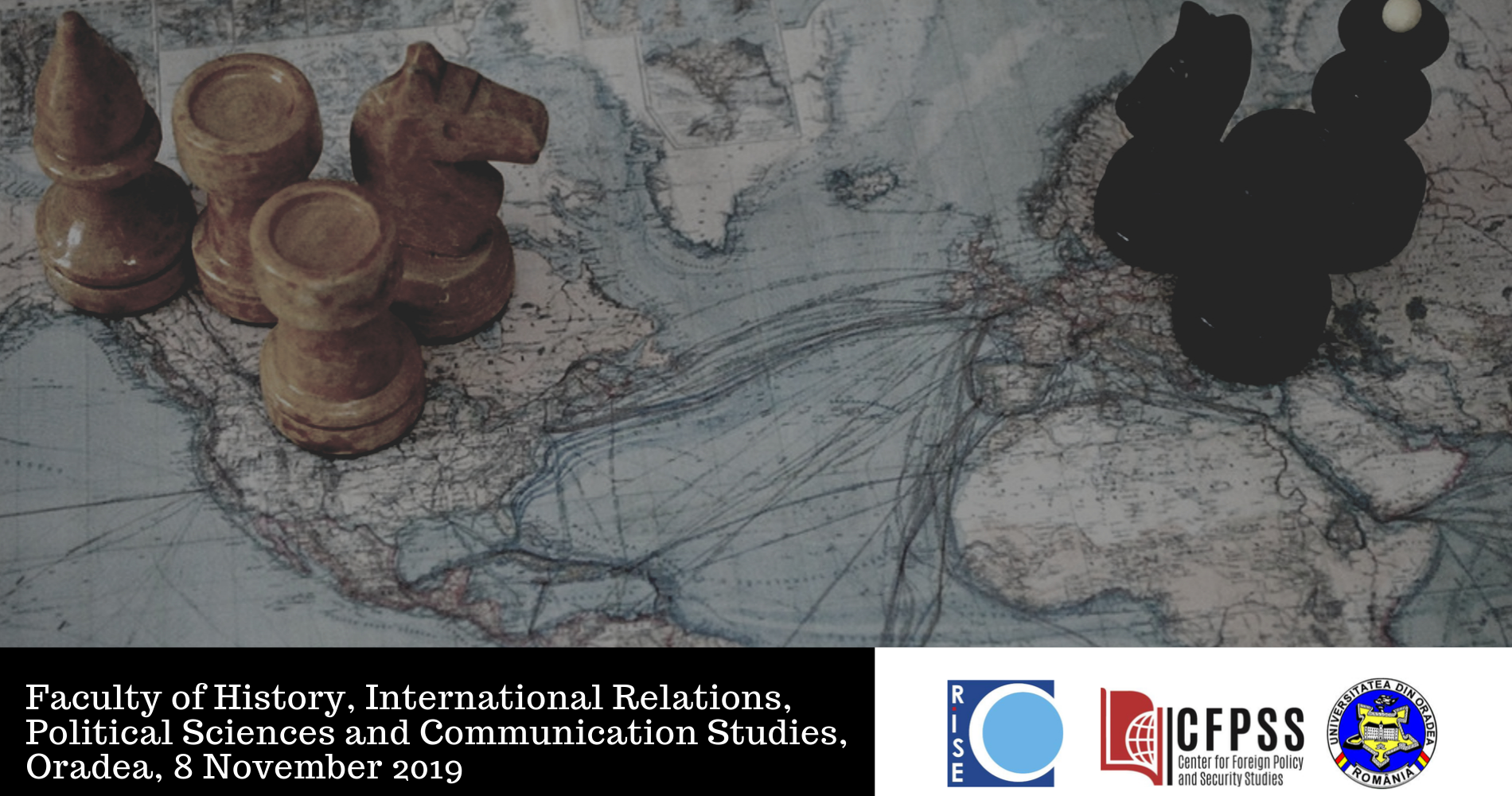 There is a prevailing view among academics and analysts that we are currently experiencing a major transition in the balance of power at the centre of the world order, from unipolarly to multipolarity. Nevertheless, there is also considerable disagreement regarding the efficiency of these models, and the debates concerning which design is the best at creating a stable international order are still ongoing. The vast majority of the theoretical discussions are concentrated around the postulates elaborated by the representatives of the realist, neorealist and peace-through-multipolarity Schools of Thought, however there are some scholars who prefer to think out of the box, utterly refusing to be confined by the traditional view of assessing the world order through the lens of polarity. While the realists argue that the precondition for peace is a single hegemonic state acquiring enough power in order to discourage the expansionist ambitions of others, the second School of Thought epitomizes that bipolar systems are the most stable, because the presence of only two big powers reduces the likelihood of confrontations or accidents. According to the assumptions of the third school, multipolar systems are the least predisposed to wars, due to the fact that they comprise a larger number of autonomous actors, which in order to counter-balance aggressive states are willing to form alliances, thus enabling the creation of multiple power centres in such a system. After the end of the Cold War, due to the power gap created by the vanishing of the USSR, the role of the Unites States as the sole legitimate world hegemon was a commonly accepted posit within IR circles.

However, as a consequence of profound systemic changes taking place within the international realm, the theory of hegemonic stability asserting the prevalence of a world order sustained by Pax Americana has been severely contested, and a significant amount of scholarly literature appeared, stressing the decay of the United States of America as the single global hegemon, also forecasting the end of the liberal world order as we know it.

On the other hand, since the 90s’ borders have also went through major transformations following the end of the Cold War, the dissolution of the Soviet Union and of the Yugoslav Federation and the reunification of Germany. Subsequent to the lifting up of the Iron Curtain and the tearing down of the Berlin Wall, postmodernist approaches on borders began to take shape, forecasting a ‘borderless’ Europe/world. The idea of a borderless world was mainly favoured by economists and businessmen, Francis Fukuyama also arguing within his end of history approach, that according to this scenario, mankind would also witness the end of geography and of the existent nation state system, and the new process of de-territorialisation would bring the annihilation of borders. As noted by Reece Jones, an American political geographer, the predictions about a borderless world have not come to materialize, as in the first decade of the New Millennium thousands of kilometres of new security barriers were built along political borders throughout the world, and if we would add up the length of these barriers, it would stretch all the way from New York to Los Angeles, respectively from Frankfurt to Istanbul. On the contrary, globalization and the liberalization of trade demand more open borders, thus we might ascertain that the need for unhindered trade activities have made the borders more porous, giving birth also to various security related concerns. Undoubtedly, since Antiquity borders have gone through major transformations, and if after Westphalia their main purpose was to delimit the legal jurisdiction and sovereignty of a state, by the 21st century borders/frontiers have turned into social constructs with both inclusionary and exclusionary features. Thus, we may conclude that the current status of borders is in contradiction with the realist perceptions dominating for centuries, which conceived them as military defended strategic lines protecting from external dangers. Nowadays, borders/frontiers are rather diffuse social constructs, capable of continuously moving and changing, also accommodating to the myriad of current transnational threats. One cannot overlook the fact that borders can have an inclusionary/inclusive role as well, acting as bridges, connecting people and cultures from the two sides of the border.

In this context, the upcoming workshop seeks to evaluate the nature of recent developments in borders and in world order in the short to medium and even long term.

We welcome both theoretically informed contributions, as well as empirically rich accounts.
Some of the key questions to be addressed include:

– How will countries position themselves within this newly shaping global power structure?
– How will geopolitical spaces be constructed within this new balance of power?
– How will geopolitical spaces contribute to the formation of a distinct world order?
– What kind of consequences will have on borders the changes occurring in the global power structure?
– How do emerging power shifts affect borders and sovereignty?
– What role does geopolitics play in the construction of Eurasia as a political and spatial project?
– Can Eurasian states develop an alternative perspective on geopolitics that would lay the basis for a coherent non-Western world?
– Is geopolitics a key aspect driving force shaping the security architecture of Eurasia?
– Could Europe and Asia be treated as a unified political space, and if so, how should be organized this unified space?
– Does the rise of Eurasia herald the emergence of a new world order, challenging the traditional America, Europe, Asia ‘trinomial’?
– How the discursive construction of geopolitical spaces could fulfil a particular function for the pursuit of foreign policy interests by key political players?
– Could Eurasian borderlands function as transactions nodes, also attempting to bridge cultures and encourage trade in goods and ideas?
– How do China and Russia envisage the Eurasian integration process, what models are they proposing for an integrated ‘supercontinent’ and how are they pursuing their plans?
– Will also emerge a new geopolitics of energy?
Could the consolidation of the Eurasian Economic Union enhance regional hegemony?
– Could do the theories of hegemony and neo-imperialism explain the Eurasian integration?
– What will be the role of the BRICS in the new world (dis) order?
– How will the Middle East contribute to the newly shaping world (dis) order?
– How will Latin America contribute to the newly shaping world (dis) order?
– Could the rise of China lead to a new bipolarization of the world?
– Stuck between America and Asia?! Europe’s ‘druckquotient’
– The New World order and attempts to correct the North-South Gap

“Power and Borders in the New World Order” – International Workshop 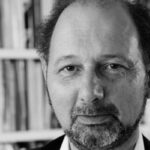 Richard Sakwa, Professor of Russian and European Politics, joined the School of Politics and International Relations at University of Kent in 1987, was promoted to a professorship in 1996 and was Head of School between 2001 and 2007, and in 2010 he once again took over as Head of School until 2014. While completing his doctorate on Moscow politics during the Civil War (1918-21) he spent a year on a British Council scholarship at Moscow State University (1979-80), and then worked for two years in Moscow in the ‘Mir’ Science and Technology Publishing House. Before moving to Kent he lectured at the University of Essex and the University of California, Santa Cruz. Prof. Sakwa is an Associate Fellow of the Russia and Eurasia Programme at the Royal Institute of International Affairs, Chatham House, Honorary Senior Research Fellow at the Centre for Russian, European and Eurasian Studies (CREES) at the University of Birmingham and since September 2002 a member of Academy of Learned Societies for the Social Sciences.Adrian Nastase President, ‘Nicolae Titulescu’ Foundation 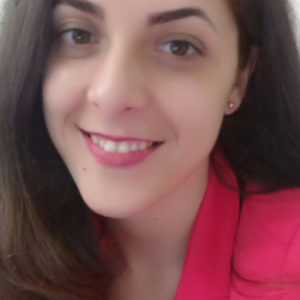 PhD Assistant at the Faculty of History, International Relations, Political Sciences and Communication Sciences from the University of Oradea, and also a prominent member of the Institute for Euroregional Studies Oradea-Debrecen and of the editorial committee of Eurolimes, the Journal of the Institute of Euroregional Studies. Morover she is a member and undertakes organisational activities within RODOSZ Bihor (The Association of Hungarian PhD students and of Young Researchers from the Bihor County). Her research interests include: border and migration studies, security studies and conflict analysis, international relations and IR theories.

Proposals are to be sent till: 20th of October 2019. Please send a max. 400 word abstract together with a 1 page bio to Ms. Edina Lilla Meszaros to meszaros.edina@uoradea.ro

Participation of accepted contributors to the workshop is encouraged. The organizers shall cover only costs for accommodation, the rest remain the sole responsibility of contributors.

The project is developed by the Centre for Foreign Policy and Security Studies and Faculty of History, International Relations, Political Sciences and Communication Sciences from the University of Oradea