The Romanian government’s rejection of a 5G deal with Huawei should not translate in the end of the bilateral relation with China or as setting the tone for the foreseeable future. On the contrary, Romania should look at this relationship as unsettled.

The United States has recently launched a series of actions meant to scale down the increasingly lucrative and cutting-edge technological presence of the Chinese giant Huawei in Europe and beyond. This comes in the context of accusations of posing a threat to the security of data and particularly raising concerns over possible security breaches, as Huawei might conduct espionage by using its telecom infrastructure for the benefit of the government in Beijing.

This tug of war has been going on for a while, with Huawei embarking on a quest to continue courting Europe in order to maintain its market position.

Huawei has recently announced that it is committed to set up manufacturing bases in Europe in order to have “5G for Europe made in Europe”. France would host a Huawei factory specialised in 4G and 5G equipment and mainly serve European markets.

Romania, on the other hand, has taken a rather different course of action.

In August last year, it signed a 5G memorandum with the US that does not specifically bar the participation of Huawei but imposes a series of conditions relating to compatibility with transatlantic values, which are all but impossible for the Chinese company to fulfil.

Dismissing the 5G deal emphasises the superficial way in which the government in Bucharest assesses the consequences of a possible deterioration of relations between China and Romania. It also highlights that Romania’s foreign policy establishment is short-sighted and not able to project a long-term vision. 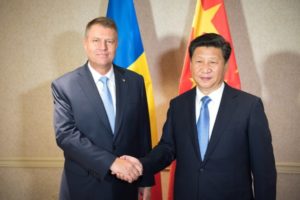 While in May 2019 the Romanian and Chinese owned General Nuclear Power Corporation (CGN) signed a preliminary agreement to resume work on the construction and operation of reactors 3 and 4 at the Cernavoda power plant, currently, operations are halted and contract risks the repudiation of the bilateral agreement.

There is no doubt that bilateral relations between Romania and China are experiencing a downturn. It is hard to explain what justifies Romania entangling itself in the geopolitical confrontation of two great powers (the US and China), which is already placing the country in an uncomfortable position.

The question we need to answer is what the current Romanian leadership is trying to achieve and what is the country trying to avoid by rejecting 5G technology?

The Romanian president and the government’s rhetoric regarding the decision on Huawei involvement in the 5G network seem to be underpinned by ill-informed and prejudiced policy choices. Pointing to the mantra of ‘national security’ and the strategic relationship with the US leaves the door open for subsequent accusations of double standards and discriminatory measures.

The European Union (EU) member states have shown a degree of preliminary coordination on securing 5G deployment in the EU, with both the European Council on March 2019 and the EU Commission on 29 January 2020, launching recommendations and communiques.

In opposition, Romanian President Klaus Iohannis chose not to refer to the EU at all in his subsequent press conferences.

On the other hand, while EU documents do not specifically point to the Huawei case, the presidential administration and the government have strongly underlined that cooperation with China is not possible as Beijing does not share Romania’s transatlantic values (such as human rights, transparency or the rule of law).

Romania claims to act as the force for good and urges China to behave in a more responsible way in international relations and to embrace transatlantic values. That being said, a pragmatic approach might prove more effective, while not acting hypocritically.

Barring Huawei from participating in a potential 5G network even before we see an opening bid raises critical questions regarding compliance with the rule of law. By any standards, bidding procedures need to abide by the minimum requirements of transparency and fair competition for any candidate that may choose to enter the race.

How have the EU member states responded to the Huawei 5G case? 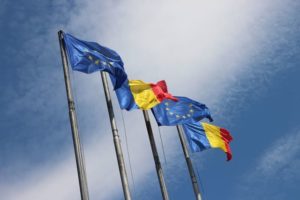 Out of 91 contracts that Huawei has already signed for the establishment of high-speed 5G networks worldwide more than half are in Europe.

The US urged its European allies to boycott Huawei’s presence in the 5G network in Europe. Yet, responses have been diverse depending on the density and intensity of each European state bilateral relations with the US. Meanwhile, Huawei has also entered the public diplomacy battle for souls and minds in Europe.

By not directly banning Huawei from operating its 5G equipment, the EU has seemingly upgraded its quest for strategic autonomy and raised the stakes on the battleground to reshuffle relations with the US.

The United Kingdom, on its way out of the EU, has also angered the US by allowing Huawei limited access to its 5G network. But this is not completely new, as the UK was also one the first among Europeans to sign up for China-led Asian Infrastructure Investment Bank, which also drew US accusations.

New Zealand and Canada are still considering whether to embrace a mixed approach similar to the UK. The Canadian industry minister argued that “we won’t get bullied by any other jurisdictions” while the New Zealand GCSB minister said that “we would never ban a particular company or a particular country. That’s not the way it works.”

Therefore, the recommendations published by the European Commission leave the EU member states with the need to decide on the measures they will individually take to secure their network.

For example, in Germany, Deutsche Telekom, Europe’s largest telecoms operator seeks to maintain Huawei as its dominant supplier in Germany with 70 per cent of investments to upgrade to 5G.

After signing a deal with Huawei in December 2018, Portugal‘s main operator MEO recently aligned with the two other national telecom operators announcing that some limits will be placed on cooperation as the country will not work with Huawei on ‘core developments’.

Hungary, another NATO member and the beneficiary of the Visa Waiver Programme already in 2008 announced that will partner with the Chinese giant in order to build its 5G network. The foreign minister even insisted that cooperation Huawei is a “national economic and strategic interest for Hungary”.

Austria does not rule out deploying Huawei Technologies equipment in its future 5G networks, but it will aim to coordinate with the European Commission and other European partners.

Other EU member states, such as Spain, Belgium and France have also stated that they do not exclude Huawei from the potential suppliers for 5G network equipment.

Italy has no plans to exclude Huawei from the 5G network since it expressed the necessity to protect its national interests.

While Poland signed the same memorandum with the US that Romania did, its most important mobile market company, Play, is opening the first 5G city in Poland based on Huawei equipment.

Other close US allies around the globe – Lebanon, Egypt, Oman, Jordan, Brazil, Saudi Arabia, India, Norway – seem to have embraced an independent approach by not blocking Huawei from deploying the 5G network in their countries.

Romania always seems to be on the wrong side of history

According to current economic projections, no EU country will continue to be part of the G7 by 2050. However, it is difficult to predict China’s future actions, as it continues on its growth trajectory. But what we certainly know is that it will most probably alter the balance of power both globally and regionally.

China’s Belt and Road Initiative (BRI) project has already triggered unavoidable consequences in Europe. This will certainly have direct implications for Romania and other countries in the region. An undeniable fact of life is that Romania, given its geostrategic position, has always been in the crossfire of great power politics.

Romania’s foreign policy regularly ignores salient variables such as culture, history and geography, which has led to the alienation of the country from the politics of the region. Based on ill-inspired political decisions, Romania has exhibited a habit of looking from an ivory tower to its neighbours and become isolated or alienated in this process.

US-China relations will become even more competitive in the years to come and Romania (and other countries in the region) will likely be forced to pick one side. Romania already seems to have precipitated such a shift. This is a rather short-sighted diplomatic manoeuvre that may trigger collateral damage in the medium and long term.

Ultimately, it signals that Romania’s leaders are ignoring the fact that great power politics have always been characterised by patterns of competition, confrontation and cooperation.

Following a strong start in supporting the China-led 17+1 multilateral platform to facilitate an inclusive European debate on the BRI’s impact, opportunities and challenges (which eventually led to some substantial engagement from the EU into the topic), surprisingly Romania withdrew from playing an active role.

Romania may be faced with the urgency to choose between China and the US even more often in the foreseeable future. Consequently, it will take a substantial amount of diplomatic mastery for the government in Bucharest in order to be able to run a tri-dimensional dynamic with China, the EU and the US.

It is extremely surprising that Romania has not learnt from major powers in Europe (e.g. France, Germany or the UK) and show restraint, in order not to get stuck in the middle of another trade conflict of the US and China. This has occurred despite the fact that many Romanian foreign policy elites seek to preserve relations with China in light of the traditional relationship developed during the Cold War, but also with an eye for the future.

Where do we go from here? Romania has to act with increased restraint

The rejection of the 5G deal by the Romanian government should not translate into the end of the bilateral relation with China or as setting the tone for the current and next decades.

On the contrary, Romania should look at the bilateral relationship as unsettled. In turn, this would translate in a vivid and active public debate regarding the way in which Romanian society views the future of the country’s partnership with China.

Consequently, Romania should follow one of its strategic partner’s decisions, namely the UK’s National’s Security Council, and approve Huawei as a supplier of ‘non-crucial’ parts of the UK’s 5G network. If the country continues to act in isolation from other EU member states, Romania risks becoming even more marginalised in the EU’s foreign policy.