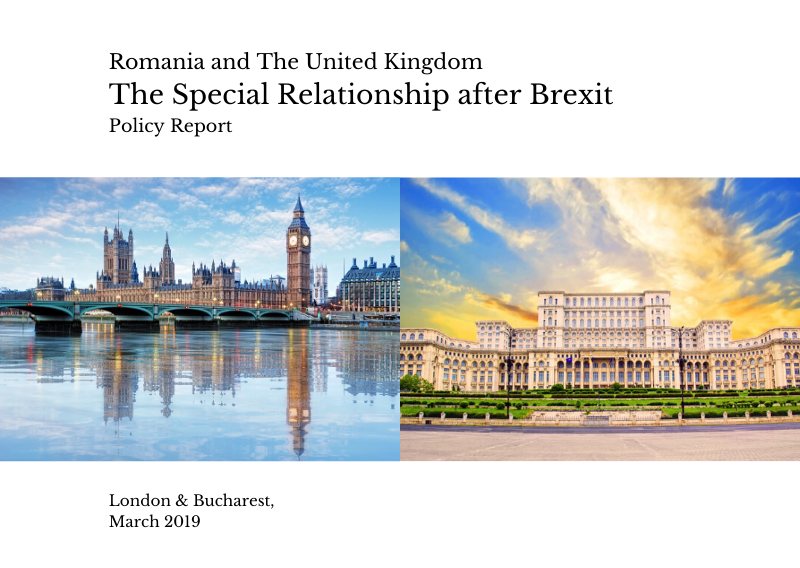 Romania and The United Kingdom – The Special Relationship after Brexit

The Report focuses on four scenarios for how Brexit could affect the foreign policy of the United Kingdom (UK) and its relationship with Romania. It outlines a series of recommendations focused on the policies that Romania should employ in order to mitigate the effects of Brexit, as well as developing a deep and special partnership with the UK.

Romania may struggle to pursue a totally independent course of action in foreign, security and defence policy. The revamping of diplomatic relations with post-Brexit Britain would allow Bucharest increased actorness in Europe and enhance Romania’s agency in the making of foreign, security and defence policies in the EU. The scenarios outline four different ways in which Britain will interact with the EU (or Romania): Global Britain, European Britain, American Britain and Island Britain.

The report is a joint project of the Institute for Diplomacy and International Governance in London and the Centre for Foreign Policy and Security Studies in Romania.