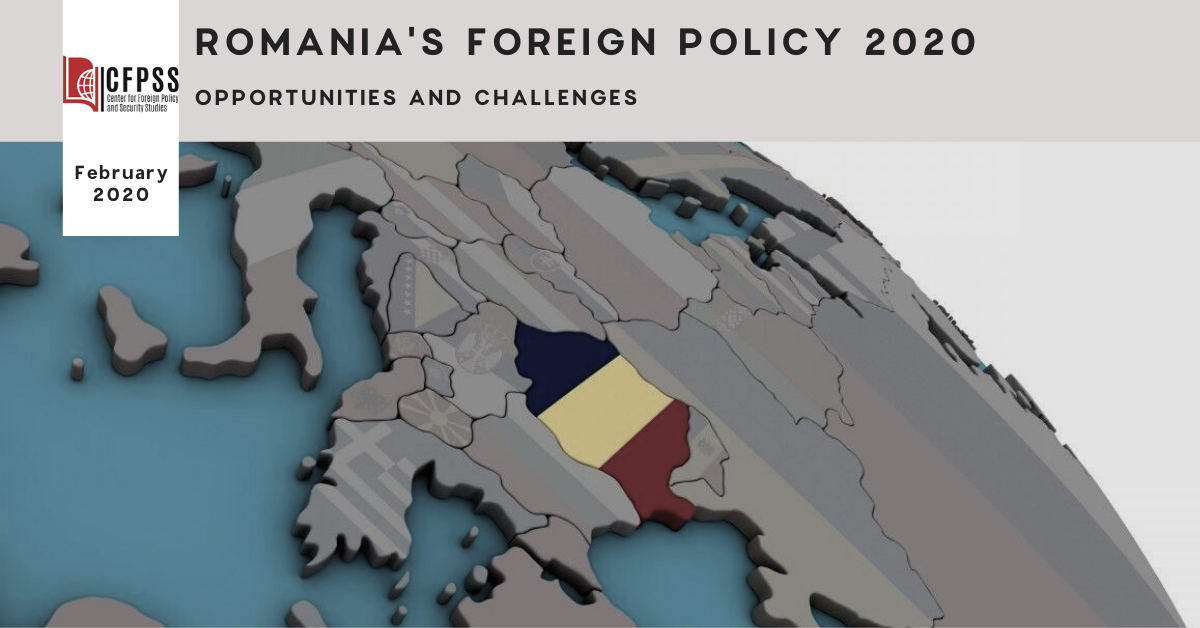 In recent times the realm of international relations has become more volatile than ever, with new evolutions and trajectories emerging constantly, all while traditional alliances are redefined by cross-border factors (and actors) which are introducing a plenitude of variables, many working outside the standard frames offered by the national strategic projections and analysis mechanisms. As such being the case, classical methods of enacting foreign policies might ensure, at the very best, a reactive national behaviour, as they do not allow the development of proactive approaches focused on net gains or resilience optimization.

The constant self-referencing towards international organisations, which Romania has undertaken when it came to developing and projecting its foreign policy, in addition to offering little to no importance towards internal dynamics and external perspectives offered by the principal subjects of global politics (nation-states in general and great powers in particular) may represent, on the short term, a tactical institutional calculation. On the other side, from the standpoint of long-term strategical developments aimed at incremental returns, this approach can be detrimental for the national security and the interests of the Romanian citizens.

The actual trends, which are paving the way for bilateralism and minilateralism, alongside the crisis that has engulfed the liberal project, are constraining the states to develop foreign policies based on multivectorial calculations and to realize the transition towards more proactive stances at an ever growing pace.

Romania has the capacity and all the tools that it needs to reinvent itself as one of the main pillars of the integrational projects of the European Union. In order to realize this, the country has to become a more balanced member and an active promoter when it comes to the formulation of E.U.’s foreign policies; a task that can be accomplished through internal institutional reforms, better usage of knowledge and expertise, alternative engagement processes with former partners, just to name a few.

Moreover, in consensus with the major international organizations, Romania is capable of taking on its own the responsibility of shaping a stronger project in respect to fostering a climate of regional trust and cooperation among a diversified range of actors and partners.

Following the call made by the President of the European Commission to support the efforts of the „Conference for the future of Europe” the CFPSS, in partnership with the EURISC Foundation and MEPEI, under their common specific domains of competences, has launched the „Program for creating alternative public policies”. This in turn represents a scientific endeavour, based on analysis and debate, which seeks to contribute, through punctual recommendations, to the processes already in place which ensure the formulation of Romania’s priorities within the E.U. framework and specifically in terms of the CSDP and CFSP.

Moderator: Gabriela Crețu, President of the European Affairs Commission of the Romanian Senate

10:30 – 11:00 Approaches in regards to the foreign policy priorities of Romania in the new European context