The Center for Foreign Policy and Security Studies has carried out, during the months of October and November, the project entitled „Community of Romanians from Cernăuți – Historical Coordinates and Identity Reconstruction”.

The program was implemented with the support offered by the Ministry for Romanians Abroad and it aimed to conduct an ample study on the Romanian expat community living in this city from Ukraine. The research focused on presenting the Romanian community that resides in Cernăuți, from its ethno-communal and historical dimension alongside the contemporary contexts that were shaped by local and global challenges.

The necessity of this investigative approach has two major considerations at its core. Firstly, there was a clearly observed lack of updated data that includes values, opinions and options of the above mentioned community, this being the anchor for the acquisition of sociological knowledge through the use of a wide range of analytical lenses. On the other hand, the final book, together with all the other documents created during this project, are intended to become an useful framework that can be put to fruition by historians, ethnologists, sociologists and policy makers; all being materials that expose punctual conditions that shape the daily lives of this ethnic group.

In order to properly conduct the research and to acquire all the data that was needed to achieve the mentioned objectives, alongside all the subsidiary ones, the research team has decided to set foot in Cernăuți and has worked within the local environment between the  23rd and 25th of November 2019.

The usage of a palette of methods, combined with other on field applications, has enabled us to gather significant data towards the opinions, aspirations and grievances of this community. By highlighting the phenomenon of intercultural interference and the constant erosion of the communal identity, attributed to various interactions, the project sought to also become a living record of the thoughts and testimonies of the inhabitants in the process of preserving their identity. Moreover, it serves as an efficient tool of monitoring the steps that were taken by the Romanian organizations that activate across Ukraine, whose main aim is to promote the national identity, cultural values and historical ties.

As a follow up of the project, the book („The Community of Romanians from Cernăuți Historical Coordinates and Identity Reconstruction”) was created and published at the Beladi Publishing House in Craiova. All the 500 copies were distributed, free of charge, to Romanian associations in Cernăuți, relevant institutions in our country and other actors that have relational competences in the field of national identity preservation and the representation of Romanians living outside the borders. 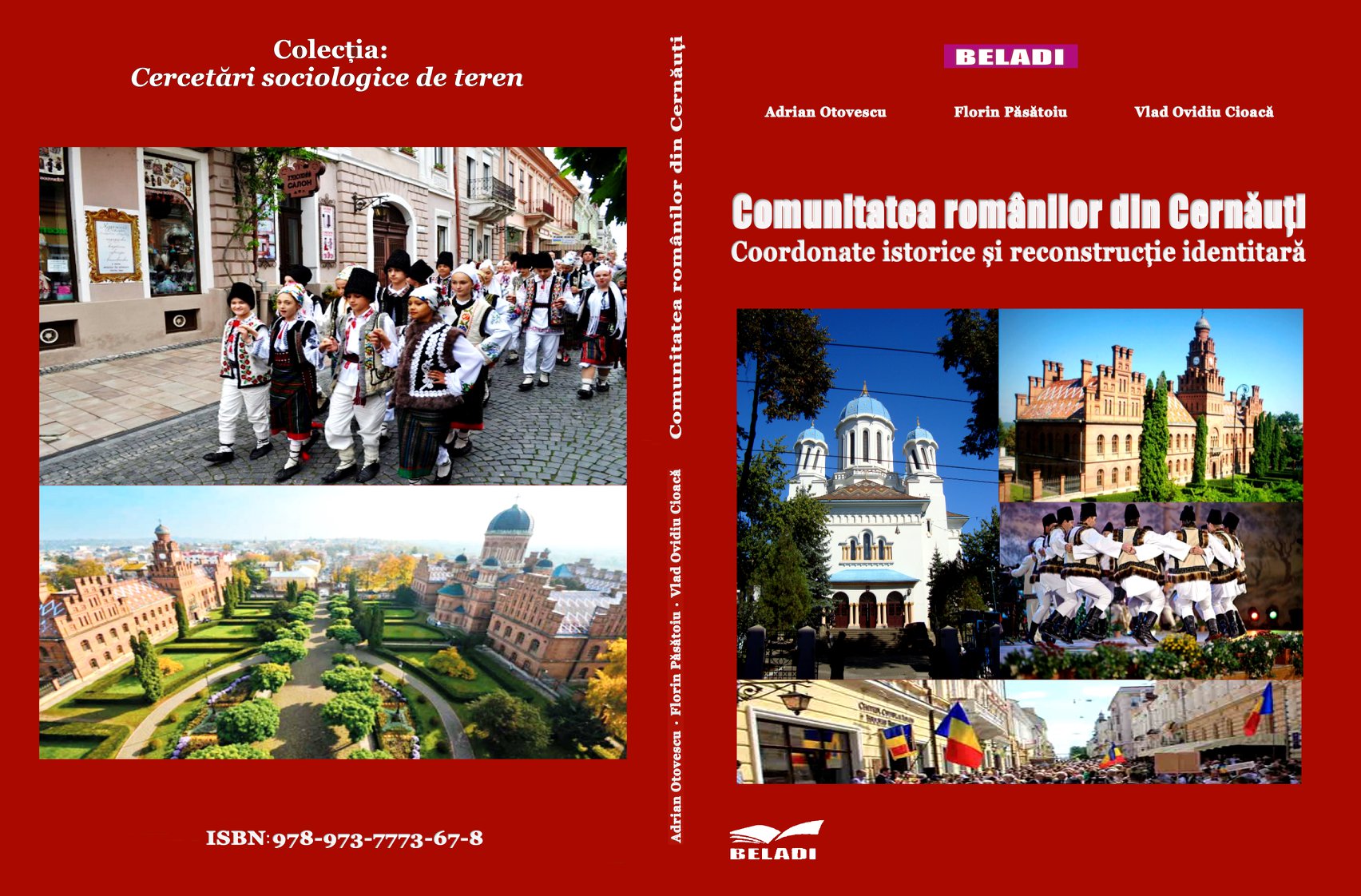 The general purpose of the project was to conduct a wide analysis, through a diverse palette of techniques, on the social situation and cultural specificity of the Romanian ethnic groups that live in the city of Cernăuți and its immediate surroundings.

From the plenitude of specific objectives it is worth mentioning:

– The discovery of the main socio-cultural challenges that these groups face and have faced;

– The uncovering of the ways through which the ethnic elements are perceived and the historical memory is re-assigned; adding the cultural elements and institutional mechanism that enable the process of preservation to take place;

– The bringing to light of the historical course that this community has taken and the identification of specific memorable points and representative personalities ingrained into the collective mind;

– The indexation and interpretation of the main projects that have been carried out previously with the scope of improving the situation of this group, and the evaluation of their added value through the means in which they are perceived by their beneficiaries;

– To keep a record of the findings and to disseminate the research results.

Amongst the research methods used in the sociological study there were:

– The application of a questionnaire based survey to a total of 122 Romanians from that geographical area, in order to unveil their values, attitudes and problems;

– The application of a questionnaire based survey to the representatives of the Romanian institutions in Cernăuți, in order to gather information and promote the activities that they take towards the preservation and promotion of the ethnic identity;

– The application of an interview/focus groups based survey in the form of semi-structured interviews conducted with the Romanian community, in order to record and disseminate their stories;

Here are showcased some of the media appearances from this project, please follow the links for more details:

Online Television – ESTV  and in its News Section