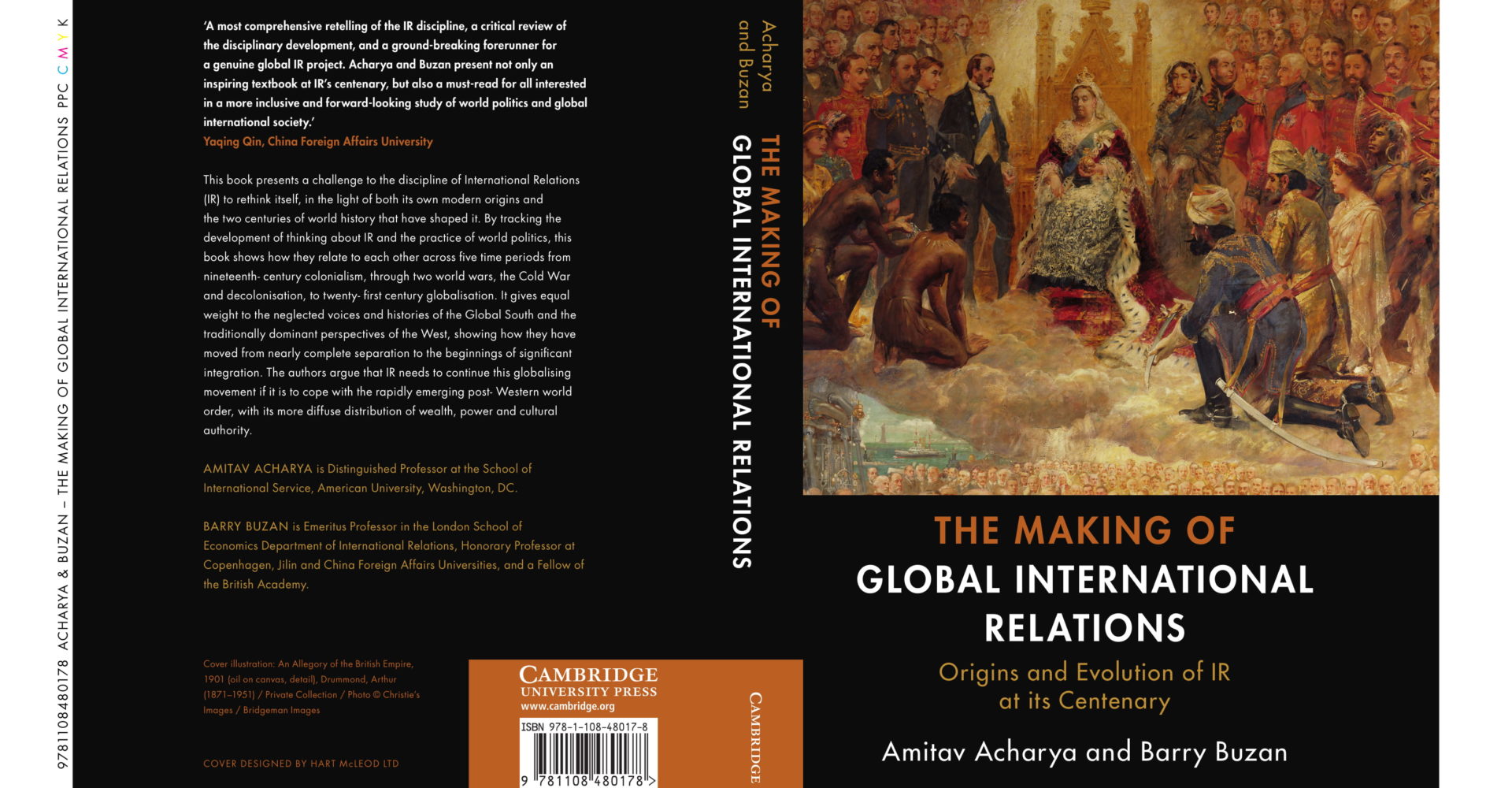 Amitav Acharya and Barry Buzan
A most comprehensive retelling of the IR discipline, a critical review of the disciplinary development, and a ground-breaking forerunner for a genuine global IR project.

his book presents a challenge to the discipline of International Relations (IR) to rethink itself, in the light of both its own modern origins and the two centuries of world history that have shaped it. By tracking the development of thinking about IR and the practice of world politics, this book shows how they relate to each other across five time periods from nineteenth- century colonialism, through two world wars, the Cold War and decolonisation, to twenty- first century globalisation. It gives equal weight to the neglected voices and histories of the Global South and the traditionally dominant perspectives of the West, showing how they have moved from nearly complete separation to the beginnings of significant integration. The authors argue that IR needs to continue this globalising movement if it is to cope with the rapidly emerging post- Western world order, with its more diffuse distribution of wealth, power and cultural authority.