For centuries, the Mediterranean Sea was the main arena for international interactions, before it was replaced by the Atlantic Ocean and subsequently by the Pacific. Nevertheless, as the historical meeting place between East and West, the East Mediterranean was the focus of significant superpower competition during the Cold War and still has strategic significance. Indeed, the East Mediterranean is an arena from which it is possible to project force into the Middle East. It is the location of important East- West routes such as the Silk Road and the Suez Canal (on the way to the Gulf and India).

In addition, the region is the focal point for many important international issues, with radical Islam, international terrorism and nuclear proliferation embedded in its regional politics.” (excerpt from Efraim Inbar (2014), The New Strategic Equation in the Eastern Mediterranean, Mideast Security and Policy Studies No. 109, The Begin-Sadat Center for Strategic Studies).

“The New Strategic Equation in the East Mediterranean” 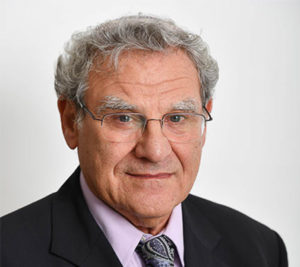 He was appointed a Manfred Warner NATO Fellow (1998), was a visiting fellow at the International Institute for Strategic Studies in London (2000), and received the Onassis Fellowship (2003). He has written numerous books, including Israel’s National Security: Issues and Challenges since the Yom Kippur War (2008). He served in the Israel Defence Force as a paratrooper. 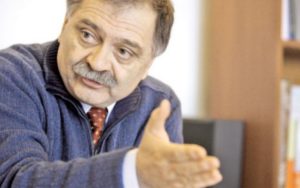 Florin Pasatoiu President and Executive Director, Center for Foreign Policy and Security Studies Lecturer in International Relations at the Faculty of Social Sciences, president and director of the Center for Foreign Policy and Security Studies. Florin Pasatoiu was awarded five fellowship schemes: with MGIMO, at the Ministry of Foreign Affairs- Russian Federation (in Moscow, September-November 2014), with Salzburg Global Seminar (in Salzburg, May 2014), with the German Marshall Fund of the United States of America (in the United States of America, February – March 2008), with the European Foundation Centre, International Fellowship Programme for Learning and Exchange in Philanthropy (IFP) (at ALDA- in Italy and Council of Europe- Strasbourg, in 2007) and with the Mission of Romania to the European Union (in Brussels, in 2003). Florin Pasatoiu has been involved in the “Whither Liberal World Order? Challenges from Russia, Eurasia, and Beyond” working group hosted by University of Kent, Canterbury (UK) in the framework of the H2020 UPTAKE project, which brings together scholars from the Universities of