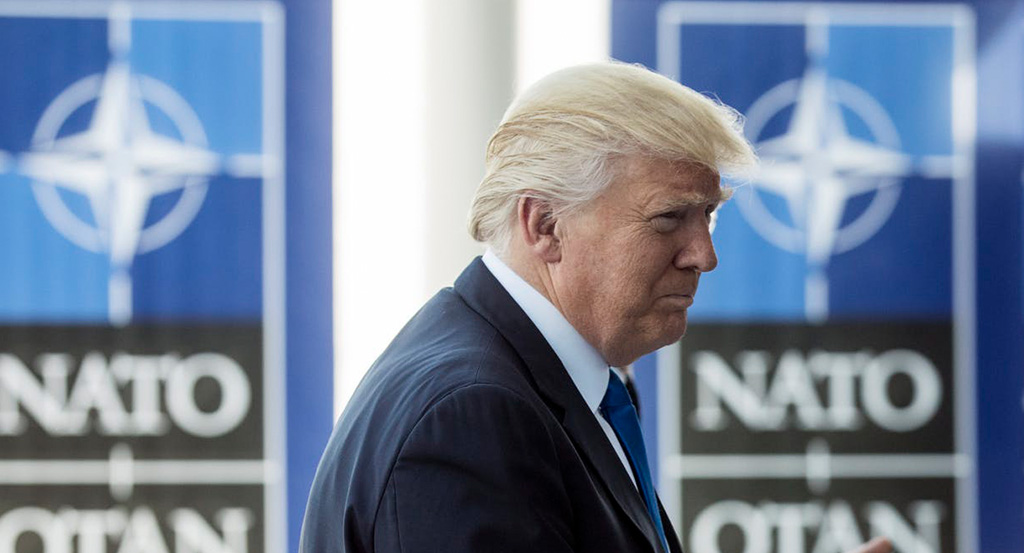 While most of Europe heads off on holiday, NATO heads of state and government will soon gather in NATO’s brand new headquarters in Brussels for their 2018 summit. The outcomes of these meetings are usually known in advance, meaning they aren’t usually all that exciting – but this time, there’s real trepidation in the air. The Western foreign policy community is worried that Donald Trump may repeat his petulant behaviour at last month’s G7 meeting and turn against his allies in public, thereby bringing the unity and credibility of the alliance into question.

Why does this matter?

Because along with trade, security forms the core of the liberal international order. With a global trade war now all but inevitable thanks to the Trump administration’s punitive tariffs, NATO needs to signal that the security element of the liberal international order is in good health. This is especially important before Trump’s upcoming meeting with Vladimir Putin in Helsinki, as American scorn for NATO plays straight into Putin’s hands.

That would be a radical disruption to the global order. NATO was built by and for the West with the explicit intention of creating a peaceful and prosperous Europe while underpinning American leadership and power. If this year’s NATO Summit turns out to be the disaster some fear, it may lead to uncertainty not only about the credibility of NATO, but also about the resilience of the liberal international order.

And unfortunately, the summit the world gets will probably be nothing like the one it needs.

In an ideal world, this would be a show of unity around shared values and 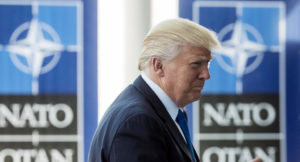 a shared commitment to international security. The allies would demonstrate that NATO is ready to meet the many challenges of the new security environment; they would agree a new command structure, set up a framework for a more constructive relationship with the EU, decide on new counterterrorism initiatives in Iraq and Afghanistan, and start a long overdue discussion of NATO’s role in new security domains such as space and cyberspace.

The NATO allies should also agree to reconcile long-running differences between allies worried about the threat of a resurgent Russia and those more focused on the challenges posed by migration and political instability to the south of the NATO sphere.

But in reality, the summit will probably revolve almost exclusively around the toxic subject of burden sharing and the 2% target, apparently the only agenda item to have captured Trump’s interest. To be fair, he’s right that the European member states have for too long neglected to pay a fair share for their security. But the Europeans know this, and they’ve taken measures to reverse the downward trend in defence spending; six EU countries have now reached the target.

Nevertheless, the worry is that Trump will disregard these ongoing efforts and instead approach the burden sharing issue in a way that undermines the credibility of the security guarantee. If Trump makes the American promise to underwrite Europe’s security conditional, or decides to withdraw some or all of the 35,000 American troops stationed in Europe, the core NATO principle that “an attack against one is an attack against all” will be severely compromised.

The liberal international order rests on the rule of law and multilateral diplomacy, and it operates via institutions set up to deal with issues such as trade, security, human rights, arms control and climate change. Since entering politics, Trump has shown these institutions little but contempt.

In the last couple of months alone, he has sabotaged a G7 summit, started a trade war with his allies, and described North Korean dictator Kim Jong-un as “a very talented man”. He described NATO as too costly for the US and “as bad as NAFTA” (the North American Free Trade Agreement, which he loathes); he falsely claimed that the EU was set up to “take advantage” of the US. More worryingly, he has proved that he’s prepared to make good on his word, withdrawing from the Paris Climate Agreement, the Iranian nuclear deal, and the UN Human Rights Council. A de facto withdrawal from the US’s existing security arrangements with Europe could be a fatal blow.

Among all these institutions, NATO is particularly crucial. Although the other issues certainly are important, they can all limp along without the US’s cooperation. But Europe cannot entirely provide for its own security in the foreseeable future – and while Trump’s ambivalence will almost certainly lead to renewed efforts to build a more independent security and defence establishment for the EU, that process will be slow and uncertain.

For now, the European allies have no other option than to ride the storm by making promises to meet the demands of its leader. This can be done for a couple of years while hoping for better times, but the transatlantic relationship has been hurt. And if Trump wins another term or is replaced with a president of similar views, the liberal international order in its current form will almost certainly end.